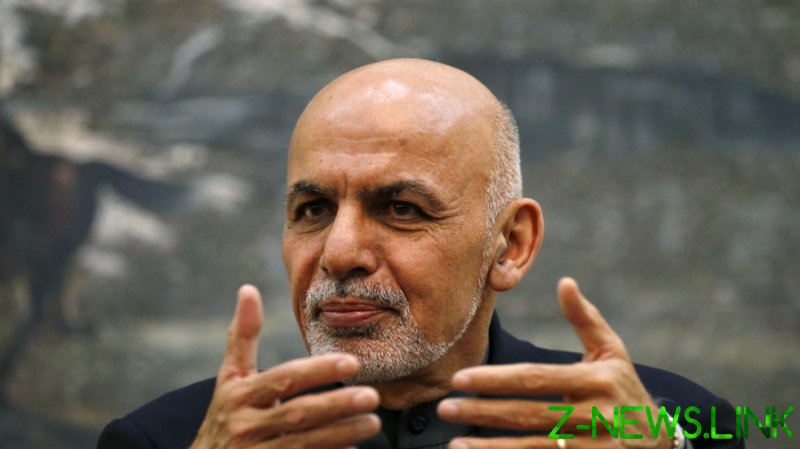 In letters to Attorney General Merrick Garland and Secretary of State Antony Blinken, ranking Republican members of the House Committees on Oversight and Reform and the Subcommittee on National Security urged the Biden administration to do “everything in its power to seize any illicitly gained funds that were corruptly embezzled by President Ghani.”

Reps. James Comer (R-Kentucky) and Glenn Grothman (R-Wisconsin) referred to a report by the BBC, citing the Afghan ambassador to neighboring Tajikistan, that Ghani “escaped [Kabul] with bags full of 169 million US dollars” as the city was being overrun by advancing Taliban fighters.

Asking the State and Justice departments to confirm whether Ghani indeed fled “with duffle bags of cash,” the lawmakers demanded to know what the government would do to seize the ill-gotten gains and bring the exiled politician to justice if the reports prove to hold water.

If true, this was not the dignified exit of a benevolent head of state, but that of a coward and grifter. The United States must do everything in its power to seize any illicitly gained funds that were corruptly embezzled by President Ghani

The lawmakers noted that solving the mystery was of a particular importance since Ghani’s actions “likely” sped up the Taliban’s takeover of the country, resulting in the chaotic effort by the US and allies to evacuate stranded Americans and Afghan collaborators.

Rumors that Ghani departed from Kabul flush with American tax dollars began to swirl immediately after the fall of the city. Mere days after it was captured by the Taliban, a spokesman for the Russian Embassy in Kabul said that the Western-backed Afghan leader was forced to leave some of the money lying on the tarmac because it did not fit in the helicopter.

Ghani, who reemerged in the United Arab Emirates, later pushed back against the accusations, calling them “completely baseless.” Ghani insisted that he fled in a rush and was forced to leave behind even some confidential documents, as well as his main assets, in hopes to assuage the Taliban and prevent a bloodbath.