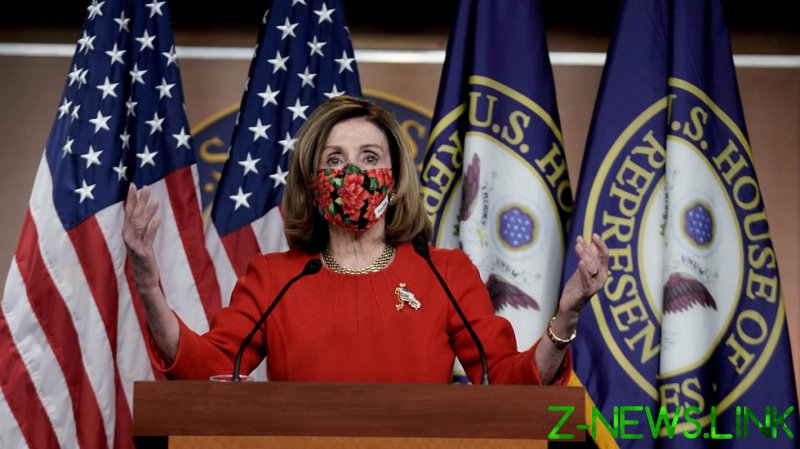 President Trump has promised to veto a $2.3 trillion spending package that allocates $900 billion for coronavirus relief, and $1.4 trillion in other government spending. After Trump ordered Congress to increase direct aid to Americans from $600 to $2,000 and cut out a slew of cash bonuses for foreign countries, lawmakers gathered on Capitol Hill on Thursday, but failed to get the bill amended.

House Republicans shot down a bid by Democrats to increase stimulus checks to $2,000 per person. House Speaker Nancy Pelosi attempted to pass this measure by unanimous consent, meaning just one objection was needed to kill it off.

House Democrats in turn blocked a Republican effort to trim the amount of foreign aid included in the package.

With a quick fix off the table, Pelosi said that the House will now hold a recorded vote on increasing the stimulus checks on Monday. Should the vote fail and Trump refuse to sign the existing bill, a partial government shutdown would then begin on Tuesday. Monday’s session will be a busy one, as lawmakers will also debate whether to override Trump’s veto of an annual defense spending bill, which passed both houses of Congress with veto-proof majority support this month.

Trump, however, has said he will only sign the bill if Congress removes some partisan amendments, and includes a measure repealing Section 230 of the Communications Decency Act, which shields social media companies from legal action over content posted on their platforms.