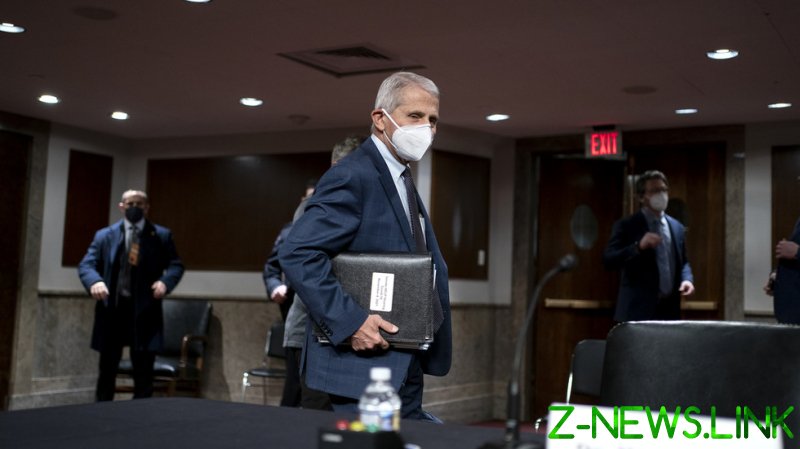 Sen. Roger Marshall (R-Kansas) plans to introduce a bill dubbed the Fauci Act, aimed at making government officials’ financial information readily available. This is after the senator clashed with Dr. Anthony Fauci at a hearing.

Marshall will introduce a bill called the Financial Accountability for Uniquely Compensated Individuals (FAUCI) Act, a spokesperson revealed on Friday. The measure would require the Office of Government Ethics (OGE) to publish the financial records of officials like Fauci on their website, making them available to the public.

Fauci was questioned about his personal finances by Marshall during a recent hearing in which the health advisor accused Marshall of being “misinformed” as his personal finances were publicly available. He was also caught on a hot mic referring to the senator as a “moron,” which was just one of Fauci’s numerous testy exchanges with Republican lawmakers.

Marshall’s argument is that the information on Fauci and others is not readily available enough. A recent report from the Center for Public Integrity found that a reporter had obtained the requested financial records, but it was a two-month process involving a Freedom of Information Act request and the reporter “politely badgering” for the requested documents.

Marshall had previously requested information on Fauci’s personal finances – he is the highest paid federal employee – and investments during the Covid-19 pandemic in a letter to Fauci following their heated exchange, claiming his office could not find the requested information.

“At a time when multiple federal officials have stepped down due to questionable financial transactions during the pandemic, these questions are both reasonable and relevant,” Marshall wrote.