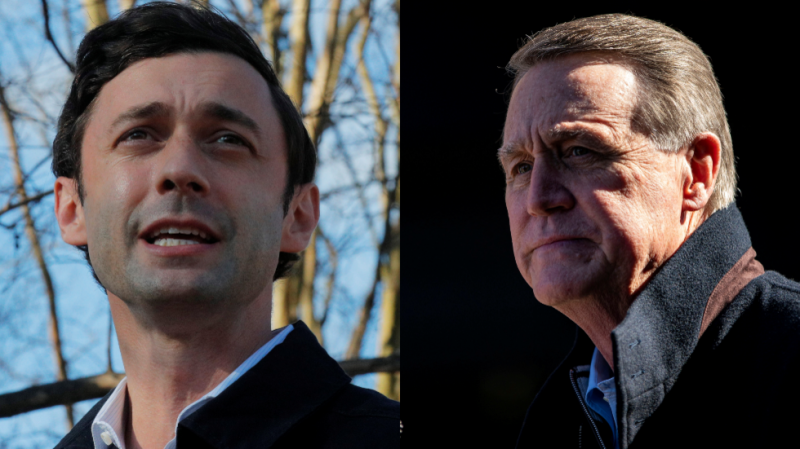 “I want to congratulate the Democratic Party and my opponent for this runoff win,” Perdue said in a statement on Friday, two days after Ossoff claimed victory in the crucial runoff vote.

At 33, Ossoff will become the youngest US senator. His victory is more consequential than any personal milestone, however. Republican Senator Kelly Loeffler conceded defeat to Democrat Raphael Warnock late on Thursday, two days after news networks projected Warnock’s victory. Together, Ossoff and Warnock bring the balance of power in the Senate to an even 50-50, with incoming Vice President Kamala Harris breaking the tie and placing the upper chamber back into Democrat hands for the first time since 2015.

With Joe Biden set to take office later this month and Democrats holding on to a slim majority in the House of Representatives, 2021 opens with the party controlling the White House and both houses of Congress for the first time since 2009.

President Donald Trump has insisted that both candidates deployed fraud to clinch their wins, as he alleges the Democratic Party did against him in November. However, any chance to build a case for recounts or legal action was swiftly done away by events in Washington on Wednesday, when a crowd of raucous Trump supporters barged into the US Capitol to protest the certification of Biden’s win.

The ensuing melee – which left five people dead – pushed the Georgia elections out of the headlines. Impeachment articles against Trump were drafted, and the president was banned from multiple social media networks.

However, when a new congressional term begins, Biden will now face next to no resistance passing any laws drawn up in the aftermath of the Capitol Hill riots. Since the rioters were booted out of the building, commentators have called on Biden to draft hard legislation targeting so-called “white supremacists” and other “domestic terrorists,” and Biden himself declared on Thursday that he intends to use the Justice Department to “take on domestic terrorism.”

The Trump supporters who rioted in the Capitol, according to some liberal commentators, should be considered white supremacist terrorists. Ossoff, for his part, has called the riot an “insurrectionist attack.”