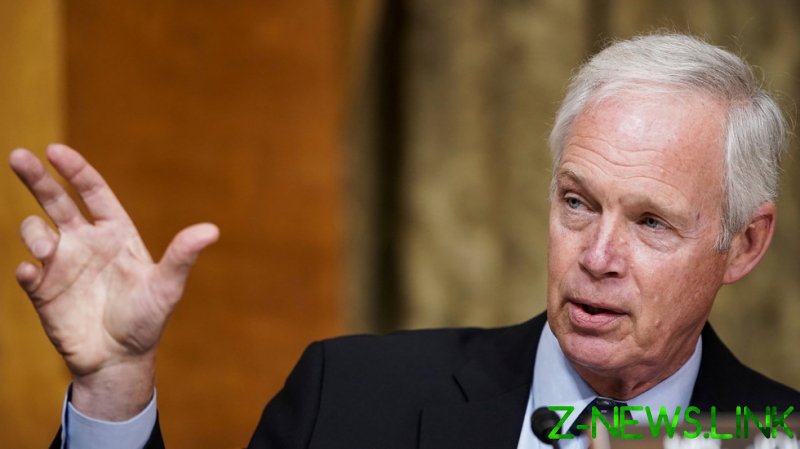 Johnson recently made his claims while outside of a Wisconsin hotel after a political event, according to video obtained by the Washington Post.

“I don’t say this publicly, but are you watching what’s happening in Michigan?” the senator asked attendees. “So you think the FBI had fully infiltrated the militias in Michigan, but they don’t know squat about what was happening on January 6th or what was happening with these groups? I’d say there is way more to the story.”

The “militias in Michigan” seemingly refers to the arrest of several men last summer for allegedly plotting to kidnap Governor Gretchen Whitmer over her policies and leadership during the Covid-19 pandemic. The men have since defended themselves, saying federal authorities entrapped and baited them.

Johnson has defended the Capitol rioters in the past and downplayed the events of January 6, saying he did not feel threatened that day and claiming most rioters were “peaceful protesters.”

“I’m just pushing back on that narrative,” he said, adding that the media, Democrats, and Republicans like Liz Cheney and Adam Kinzinger – who both sit on the House committee investigating the riot – are “painting 75 million Americans who voted for Trump as attached with domestic terrorists.”

The senator did condemn those who turned to violence on January 6, saying he is “not happy with those guys that stood on the Capitol and created the acts of violence… I’ve said that repeatedly and strongly.”

There has been no official proof that the FBI knew details about the Capitol riot before it took place, but it is a theory that has been floated by more and more conservative pundits, including Fox News’ Tucker Carlson, who questioned the FBI’s potential involvement in a segment on his show last month.

A report issued the day before the riot from an FBI Norfolk field office warned of threats of violence for the following day, something critics say went unused by Capitol police and other government agencies.

A Johnson spokesperson defended his comments about the FBI to the Post, saying the senator is only asking questions about important topics, and even criticized the FBI for not having an “integrated security plan” for the day of the riot.

The senator’s comments follow the tragic death of two more DC police officers at the Capitol in January. Both men reportedly died by suicide, bringing the total of police officer suicides stemming from January 6 to four.

The announcement this week of the deaths of Gunther Hashida and Kyle DeFreytag has led to a wave of memorializations and praise for the officers on social media, including from President Joe Biden.