Republican Party officially calls on supporters to DIE for Trump with an ‘Ali Akbar!’ battle cry 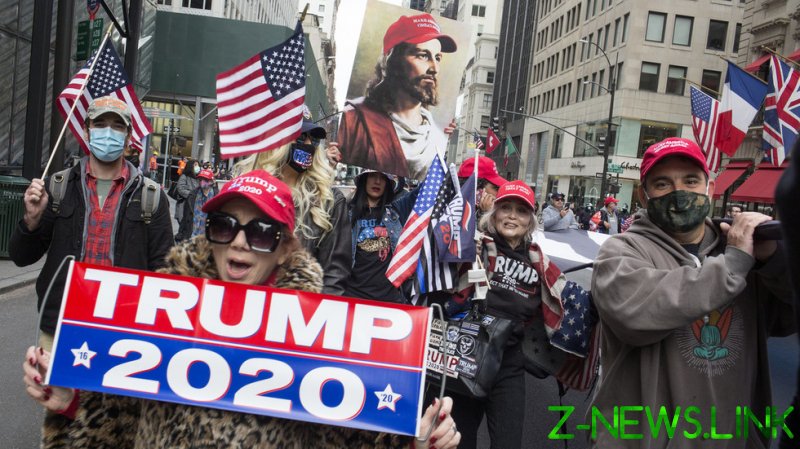 The Arizona Republican Party’s overturn-the-Biden-victory plan just became bizarre in a way that could only happen in 2020. The official party Twitter page this week retweeted a suicide martyrdom call that was republished by MediaIte:

The man who wrote it, whose Twitter handle is just ‘@Ali’, goes by the name ‘Ali Akbar’, though he also uses the surname Alexander. The controversial firebrand has risen to become one of the main leaders in President Donald Trump’s “Stop the Steal” campaign, at least if you believe his publicity.

Who cannot hear echoes of “Die for Trump! Allahu Akbar!” in a tweet like that – the kind of battle cry used by Islamic fundamentalists with explosives strapped to their chests?

Yet, that is the tweet the Arizona Republican Party chose to use to rally Trump supporters to a new level of resistance, asking, “He is… are you?”

You might respond, as a rational person, “I’m sure the Republican Party is not officially suggesting people take up arms for Trump like some sort of fanatical fundamentalist.” I would have thought so, too… until, only a short time later, they clarified their aim with this image and message: 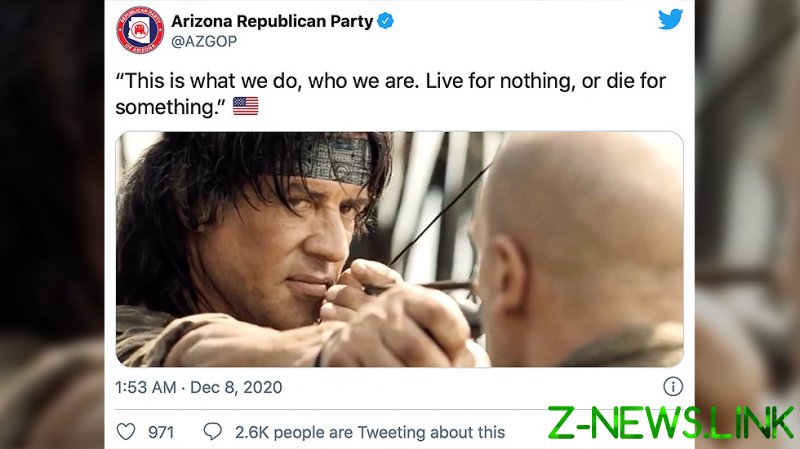 So it really is, “Die for the Donald! Ali Akbar!”  Where’s our latter day Colonel Trautman when you need him, ready to pacify the trigger-happy twitches?

Apparently, the Republican Party got a little nervous about the image they chose because it didn’t take them long to pull it. But they didn’t get it down before the Democratic lieutenant governor of Pennsylvania commented on it, likening the Arizona would-be warriors to a “death cult.”

Wherever you stand on the 2020 election outcome, or whichever party you support, trying to whip up a frenzy of willing martyrs is dangerous, particularly after the US president told the far-right Proud Boys group to “stand by” during the campaign, which means “be ready for battle,” not “go away.” It’s incendiary at a time when tempers are already red hot all over America about this election. As a call to action, it may embolden heavily armed people, who are already angry and “standing by,” to go white hot.

Yes, the Left has so far been more lunatic in its violent riots all over the nation and its direct assaults on Trump supporters than the Right. Even the Proud Boys have been more restrained than Antifa and some Black Lives Matter protesters. Still, an official battle cry that is practically coded “Allahu Akbar,” with a Rambo chaser, is reckless.

Because US election statutes officially designated December 8 ‘Safe Harbor Day’ (a law says that as long as states have resolved disputes by then, the votes cast will be “conclusive”), Republicans have taken the Left’s 2016 “not my president” slogan, and amped it up to “Trump or die!”

Over the past four years, the Republican Party has built up such fervent zeal for Trump as its God-chosen champion that it looks like a personality cult. Their Rambo post stating “This is what we do.. who we are!” does now make them sound more like a death cult. That’s their statement, not some baggage carried in a retweet.

To whip up fervor against accepting the election results, they use the voice of Ali Akbar, a leader with an army of followers in the “Stop the Steal” campaign, who also has a dubious background, including convictions for theft and credit card abuse. Here is his official Twitter page with his scrubbed name: 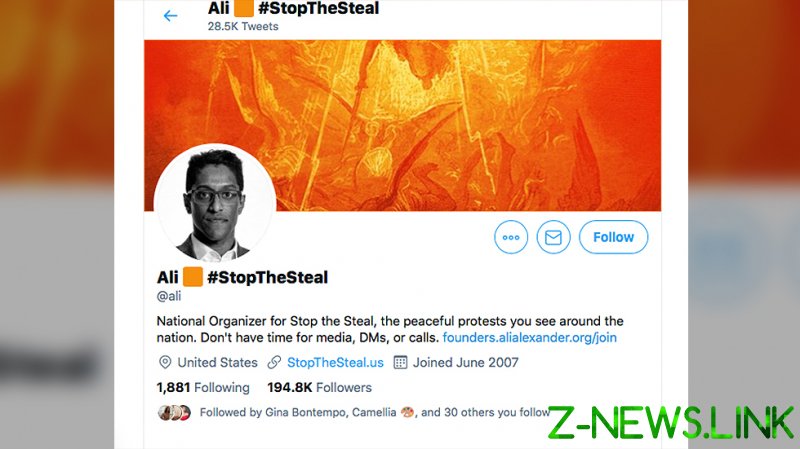 ‘Ali Akbar’ is more than just a handle. The editor of a popular Louisiana publication where Akbar used to live, and who knows and worked with him in political races, wrote a personal and concerned op-ed about his rise in Republican politics in which he labeled him an absurd extremist “engaged in reckless hyperbole,” and one who had taken to wearing a bulletproof vest when appearing in public.

The editor, Lamar White, also claimed that the funds raised through Akbar’s (or Alexander’s) fundraising tactics are all deposited directly to his personal accounts: “After clicking the [stopthesteal.us] donate button, visitors are prompted with the option to donate money to one of several cryptocurrency addresses associated with Alexander, or given links to his Paypal, CashApp, and Amazon wishlist.”

So it’s a little unclear who is stopping the steal and who is starting the steal by using “Stop the Steal.” Akbar drags behind himself a long reputation of nasty allegations, particularly regarding his habitual manner of directing funds raised for big political causes directly into his own personal accounts, rather than to 501 (c) 3 non-profit corporations. According to Crooks and Liars, his background includes:

“Ali Akbar, now President of the National Bloggers Club, is one of the conservative blogosphere’s most infamous characters. He began his campaign of notoriety with a crime spree in 2006, blazing a six-year trail of fraud. That’s him up there, in the mug shots… Akbar has never applied to the IRS for 501(c)3 status…

“This would be less distressing if Akbar didn’t have a long history of covering up his tracks and minimizing his criminal past. In 2006, he stole items from a woman’s home; he later broke into a vehicle, stole a debit card, and withdrew money from the victim’s account, earning a felony conviction. Yet this record did not keep Akbar out of Republican politics.

“Barely a year later, Akbar was accused of discussing election fraud tactics… Akbar was frequently and mistakenly identified as a John McCain campaign staffer due to his involvement in Bloggers for McCain, a “cooperating” website independent from the campaign itself…

“In April 2008, Akbar pleaded guilty to the debit card fraud and was sentenced to four years probation and restitution of the stolen money.”

He maintains he simply “doesn’t have time” to form a legitimate non-profit corporation. Apparently, he never has the time because this isn’t the first time he used that excuse, according to the Crooks & Liars website:

“Despite claiming to be in the application process for 501(c) 4 status in August 2009, ALA eventually was embarrassed into posting the following caveat on their website (though not their donation page): “The American Liberty Alliance is … not registered as a non-profit and we do not raise funds as such.” Yet they incorporated under the name “American Liberty Alliance – A Non-Profit Corporation….”

“It does not look like a case of simple ignorance. If it were an isolated incident it’d be one thing, but it is a pattern….

For a long list of Akbar’s purported indiscretions, look here. Rather than sort out the sordid details, I’ll use Ali’s own defense: “I don’t have time.” Make of them what you will because I’m more intrigued by the Republican Party’s decision to deliver a clarion call that sounds like a suicide-bomber’s final words and then to summon the Rambo spirit, declaring, “This is what we do, who we are.”

I know the Republican party is not full of wingnuts, psychos and trigger-happy cultists, seeking retribution for those Democrats who somehow took “first blood” by winning an election. But sections of it are doing their best to convince me otherwise.