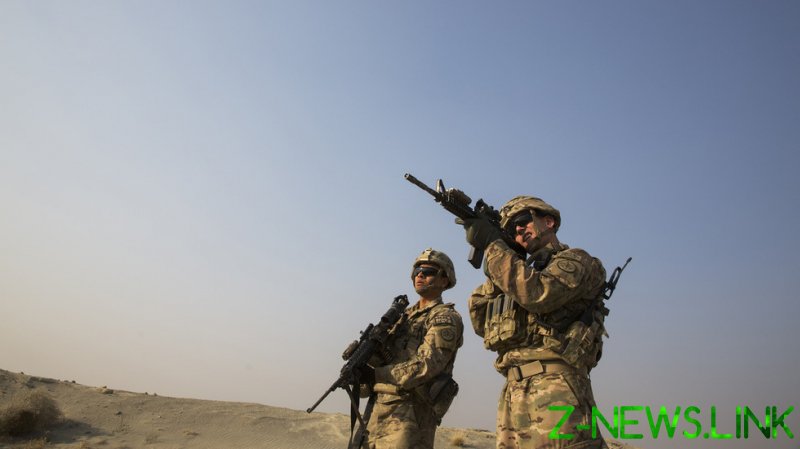 President Donald Trump broke Republican convention when he campaigned on an anti-war platform, promising an end to the US’ “forever wars” in the Middle East and calling George W. Bush’s war in Iraq “the worst single mistake ever made in the history of our country.”

After firing a host of top Pentagon officials and installing one vocal opponent of the Afghan war in a senior role, Trump is currently preparing for a massive withdrawal from Afghanistan and Iraq, CNN reported on Monday.

McConnell (R-Kentucky) isn’t pleased with the news. “A rapid withdrawal of US forces from Afghanistan now would hurt our allies and delight the people who wish us harm,” he said on the Senate floor on Monday.

“The consequences of a premature American exit [from Afghanistan] would likely be even worse than President Obama’s withdrawal from Iraq in 2011, which fueled the rise of ISIS and a new round of global terrorism,” McConnell added.

“A rapid withdrawal of US forces from Afghanistan now would hurt our allies and delight – delight – the people who wish us harm. Violence affecting Afghans is still rampant. The Taliban is not abiding by the conditions of the so-called peace deal,” he added.

Leaving Afghanistan would rob the government in Kabul of leverage against the Taliban, risk the rights of Afghan women, embolden Iran, and look like “victory for Islamic extremism,” added McConnell, comparing such a pullout to “the humiliating American departure from Saigon in 1975.”

The United States has fought in Afghanistan since 2001 and Iraq since 2003. Earlier this year, under pressure from the Iraqi government and the anti-war element of his base, Trump began to withdraw US troops from Iraq. His attempts to pull out of Afghanistan have been stymied by Congress, most recently when House Democrats voted to deny funding for a withdrawal.