Republican convention proved beyond doubt that the neocons control Trump 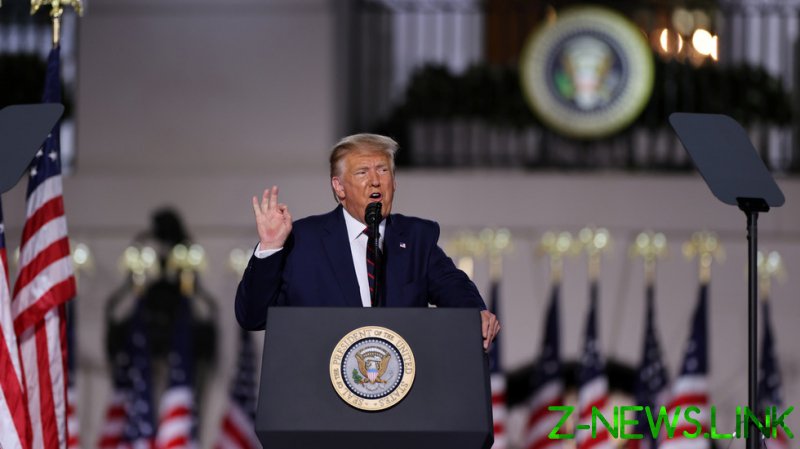 “I’m speaking to you from beautiful Jerusalem, looking out over the old city,” said Secretary of State Mike Pompeo, America’s top diplomat and de facto government public relations chief, as he addressed the Republican National Convention from a foreign country. Imagine if the scene had been slightly different, and Pompeo had beamed into the Republicans’ big election campaign showcase from Red Square: “Hi, I’m Mike Pompeo, your Secretary of State, looking out over the Kremlin.”

One of these scenarios is not like the other in terms of how it’s received by the US political establishment. Pompeo’s Washington critics were far more interested in trying to pin a technical foul on him for mixing official government business with partisan political cheerleading than questioning his actual choice of location.

From Israel, Pompeo railed about the multilateral nuclear deal with Iran signed under President Barack Obama, from which Trump withdrew the US. He said that Trump “squeezed the Ayatollah, Hezbollah and Hamas,” whatever that means.
“In the Middle East, when Iran threatened, the president approved a strike that killed the Iranian terrorist Qasem Soleimani,” Pompeo said, ignoring the fact that the top Iranian general was an ally of the US against Al-Qaeda in the wake of the terrorist attacks on US soil on September 11, 2001, and played a critical role in the defeat of Islamic State (IS, formerly ISIS). Israel may have wanted him dead, but the US didn’t have to oblige.

Pompeo also evoked a new Trump “peace deal” between Israel and the United Arab Emirates (UAE) – two regional allies and customers of American weapons who have been cooperating on national security issues for well over a decade.
It’s now starting to look like this peace deal is really about trying to get Israel and the Arab countries in the Persian Gulf to play nice with each other so the US can sell even more weapons to all countries involved. The Trump administration’s logic can be boiled down to, “Hey, you all hate Iran, right? Great! Let’s get you loaded up with the latest fighter jets and bombs!”

Unsurprisingly, the plan to achieve peace in the Middle East by flooding the region with weapons is already in trouble. The ink was barely dry when Israel balked at the UAE acquiring new American F-35 jets, the sale of which the new deal would facilitate. Only Israel is supposed to get the nicest toys, I guess.

Then the UAE cancelled a meeting with the US and Israel because it didn’t like that Israeli Prime Minister Benjamin Netanyahu openly denied even knowing anything about the sale – something that his own cabinet now reportedly questions, according to the Associated Press.

Pompeo seemed undeterred by the new conflict that his peace attempt has sparked, prat-falling across the Red Sea to Sudan, where he pressed officials there to also recognize Israel. Sudan just happens to be one of only four countries designated by the American government as state sponsors of terrorism, along with North Korea, Syria, and Iran. And like Syria and Iran, it also happens to be oil rich and not yet a US weapons client. The world must be starting to get the distinct idea that Trump and Pompeo could make a pesky terror designation disappear for the right price.

US foreign policy is looking increasingly like an extortion racket – the kind that you’re more likely to see in a mobster movie than in international diplomacy, where there’s at least some attempt to pretend that lofty values aren’t merely cover for profit.

Trump was elected on the promise to place America’s interests before all else. In the foreign policy realm, that translated into repatriating US troops from endless, senseless wars. It wasn’t new to hear this from a Republican presidential candidate. In the 2000 election, George W. Bush (then a candidate) spoke during his campaign of his interest in growing the economy at home rather than blowing the budget “helping” foreign countries by blowing things up.

After 9/11, all of these good intentions went out the window. The same thing seems to have happened with Trump, who has not only failed to purge the neoconservative elements from his administration, but has colluded with them and enabled them.

Many of us who consider ourselves classical conservatives believe that peace is achieved through free and fair business rather than bombs, and that freedom, independence and sovereignty should be enjoyed by countries just as much as the people who live within them. Trump qualifies himself as anti-war and pro-business. In the end, he’s now just enabling those who are advancing the business of war.