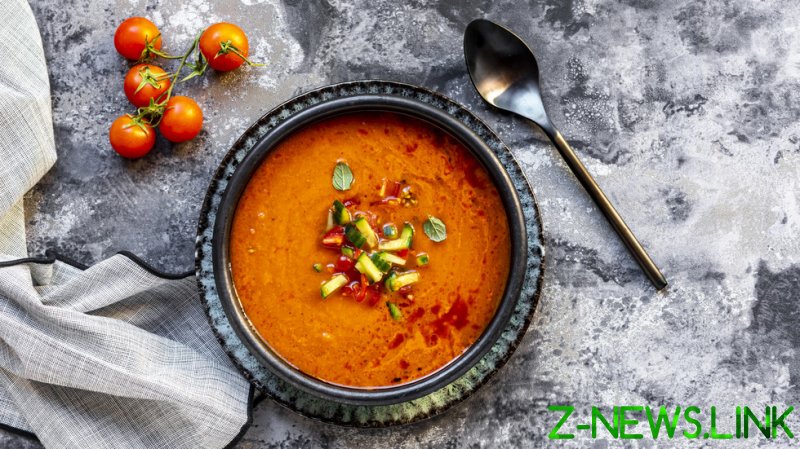 Georgia Republican Marjorie Taylor Greene has accused US House Speaker Nancy Pelosi of directing her “gazpacho police” to spy on conservative lawmakers, botching a comparison to the Nazi regime’s Gestapo.

Speaking to the One America News Network on Tuesday night, Taylor Greene railed against House Speaker Nancy Pelosi, saying she has used the Congressional investigation into the January 6, 2021 riot at the US Capitol to spy on political opponents.

“Not only do we have the DC jail, which is the DC gulag, but now we have Nancy Pelosi’s gazpacho police spying on members of Congress, spying on the legislative work that we do, spying on our staff and spying on American citizens that want to come talk to their representatives,” she said. “This government has turned into something it was never meant to be and it’s time to make it end.”

Footage of Taylor Greene’s appearance soon made the rounds online, prompting mockery from critics. The lawmaker later took to social media to poke fun at her own comments, saying “No soup for those who illegally spy on Members of Congress, but they will be thrown in the goulash,” adding the tags “Gazpacho” and “Gestapo.”

The lawmaker was referring to an incident detailed on Tuesday by Texas Republican Troy Nehls, who said the Capitol Police had “illegally” entered his office last year without his knowledge and “photographed confidential legislative products protected by the … Constitution” in retaliation to his criticisms of the January 6 probe.

“[The Capitol Police] never informed myself or senior level staff of their investigation and the reasons are clear. They had no authority to photograph my office, let alone investigate myself or members of my staff,” he continued, asking “So, why is the Capitol Police leadership maliciously investigating me in an attempt to destroy me and my character?”

Police Chief Tom Manger has denied Nehls’ allegation, arguing that a “vigilant” officer had entered the lawmaker’s office because the door had been left open. “If a Member’s office is left open and unsecured, without anyone inside the office, USCP officers are directed to document that and secure the office to ensure nobody can wander in and steal or do anything else nefarious,” he said.

Nonetheless, Manger added that he has asked the Capitol Police inspector general to review the incident to assure Congress and the public that such procedures are “legal, necessary, and appropriate.”