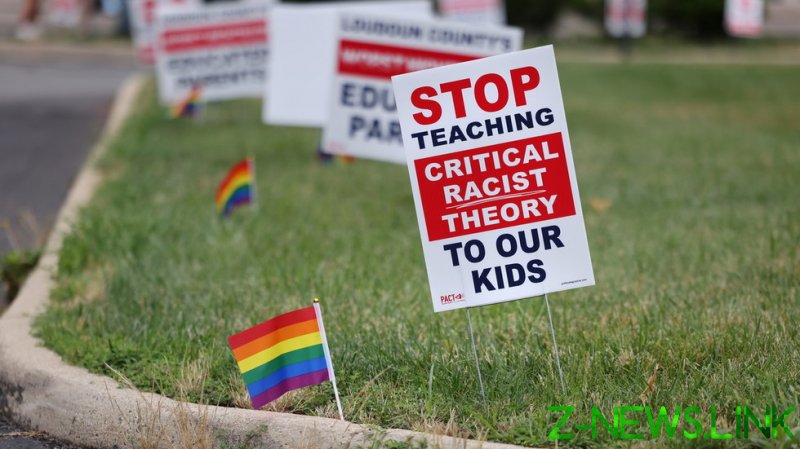 The lawsuit, which was filed on Tuesday in Greene County Circuit Court, alleged that the Springfield district violated Missouri’s open-records law to avoid transparency on use of CRT in student curriculums and teacher training materials.

Springfield Public Schools has been employing CRT in teacher training for at least two years, the state said, including an “oppression matrix” that groups people into categories of “oppressed” and “privileged” based on such factors as skin color, gender, sexual orientation and religion.

Schmitt submitted his records request under the state’s “Sunshine Law” in October, only to be told that his office would have to pay a deposit of more than $37,000 for Springfield Public Schools to begin searching for the documents he wanted. He argued in the lawsuit that deposits can only be required for photocopies and that the district has a legal obligation to keep the cost of fulfilling a records request as low as possible.

Stephen Hall, spokesman for the school district, told the Associated Press that the Republican AG is using his office to “attack public education” and that Springfield Public Schools doesn’t teach CRT. Rather, he said, the district focuses on “equity” to make the city’s schools “safe for all students and staff,” and “any deliberate attempt to misrepresent this important work, especially for political purposes, is shameful indeed.”

“Anti-racist” ideologies such as CRT have come under scrutiny this year as parents and other critics argue that such curriculums are racially divisive and anti-American. Schools have countered that CRT isn’t being taught in classrooms and is being used as a bogeyman to score political points.

The district also instructed teachers that white supremacy is “a highly descriptive term for the culture we live in – a culture which positions white people and all that is associated with them (whiteness) as ideal.”

About 170 Springfield district employees attended a course that included an introduction to CRT, and more than 3,500 staffers were put through mandatory “equity” training, according to the lawsuit.

Schmitt said that when pressed by his office, the district admitted that it had given equity training to all students in the so-called “GO CAPS” program for high school juniors and seniors for the past three school years. The 2020 course asked students to “analyze your identity and how it influences your beliefs, behaviors and experiences.” It also included teaching on “unconscious bias” and “microaggression,” as well as tips on how students can interrupt peers and supervisors to educate them on issues of race, national origin and sexual orientation.

The district’s equity and diversity advisory council recommended in April 2020 that Springfield Public Schools implement “culturally relevant teaching strategies” and mandate “identity and equity training” for all students, from elementary school through high school, the lawsuit says. The goal was to enhance students’ understanding of themselves and others “through an equity lens.”

The district planned to launch a new diversity curriculum for first-graders last year but did not, partly because students were working remotely amid the Covid-19 pandemic, the lawsuit said.

Earlier this year, Springfield Public Schools formed a committee to review the current curriculum for its cultural relevance. Another initiative allegedly included a scorecard to evaluate the social-justice merits of the curriculum, including math courses.

Schmitt asked the court to order the Springfield district to immediately provide all the documents he requested and pay civil penalties for violating the Sunshine Law.