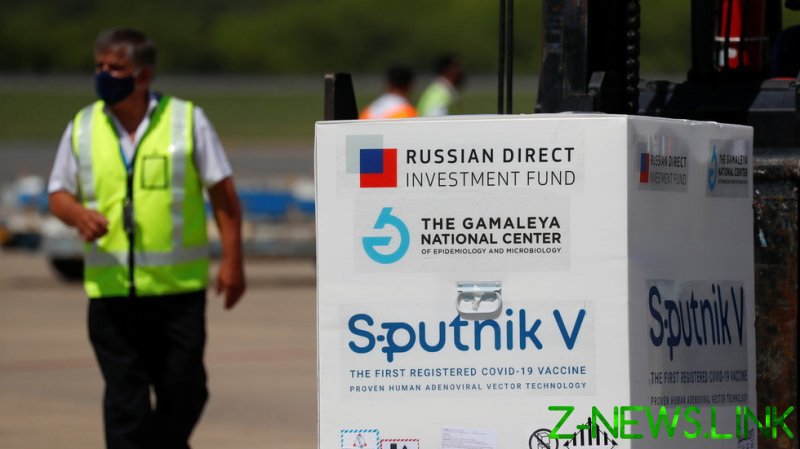 The Brazilian Health Regulatory Agency (Anvisa) announced on Saturday that it had returned a request for the emergency use of Sputnik V to the applicant, pharmaceutical company Uniao Quimica. The paperwork submitted by the firm did not meet the “minimum requirements for submission and analysis by Anvisa,” the regulator said.

The Russian Direct Investment Fund (RDIF), which funded the development of the vaccine and is Uniao Quimica’s partner in launching the production of Sputnik V, said the necessary paperwork “will be provided shortly” and stressed that the news did not mean the Russian drug had been rejected by Brazil, contrary to some media reports.

The statement added that “the Brazilian Senate is also currently considering a law which has already been approved by the country’s Congress. If approved, the new legislation will allow the use of vaccines approved by several other countries, including Russia.

“The Sputnik V vaccine has already been registered in Serbia, Belarus, Argentina, Bolivia, Algeria, the State of Palestine, Venezuela and Paraguay. Registrations in two more countries are expected next week.”

The Sao Paulo-based company intends to produce at least 10 million doses of the Russian-developed vaccine in the first quarter of 2021. Anvisa has said it will not authorize emergency deployment of Sputnik V before Uniao Quimica has launched a Phase 3 trial of the vaccine on Brazilian soil. A request to allow the trial to start was filed by the firm on December 21 and is pending additional information, the agency said.

Uniao Quimica was scheduled to begin production of Sputnik V at its Bthek factory in Brasilia last Friday. According to the Sputnik V Twitter account, at least 20 Brazilians working at the Russian embassy have been given the jab – presumably authorized under the Russian law, since the embassy is considered part of that nation.

The RDIF has a separate agreement with the government of the Brazilian state of Bahia for the delivery of Sputnik V. The initial schedule of deliveries, which eyed November 2020 as start, has proven to be too optimistic. The state government said this week it has filed a lawsuit against Anvisa, asking the Brazilian supreme court to order the regulator to cut through the red tape.

Bahia Health Secretary Fabio Vilas-Boas said the health regulator “persists in an unyielding stance in the face of the public calamity that Brazil faces,” and that there was “no justification for the continued denial of immediate access” to the Russian vaccine, considering the shortage of alternatives.

Brazil has suffered one of the worst outbreaks of Covid-19 in the world, with almost 8.5 million confirmed cases since the start of the pandemic and a death toll approaching 210,000, according to Health Ministry data. This week the country reported over 1,000 fatalities for five days in a row, the latest update on Saturday said.

Anvisa is expected to decide on Sunday whether to authorize the emergency use of vaccines developed by China’s Sinovac and Britain’s AstraZeneca.