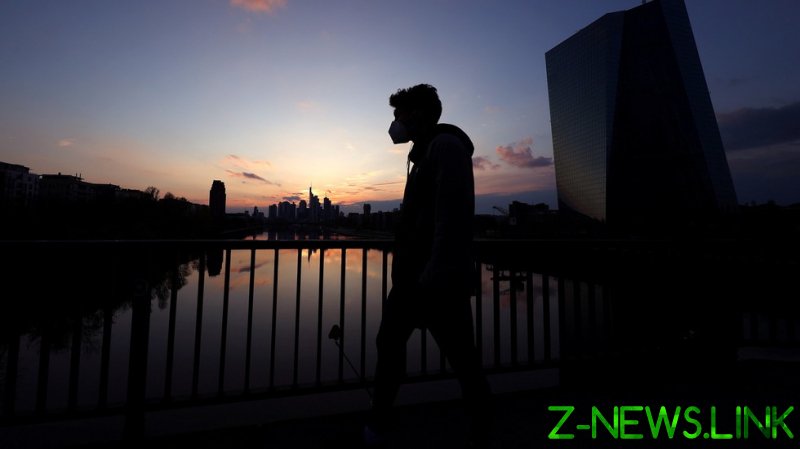 Germany has been rocked back on its heels by news that a surge in reported incidents of racism and other discrimination during the coronavirus pandemic has so overwhelmed the country’s Federal Anti-Discriminationation Agency that the telephone reporting system has been suspended since October.

Victims of racism are currently being asked to complete an online form or submit their issue in writing until the phone counseling lines are restored and that’s not expected until July. Feeling threatened because of your race? Write us a letter!

Head of the Antidiskriminierungsstelle des Bundes (ADS) Bernhard Franke said the overload was caused by his organisation receiving more than 6,380 complaints in 2020, nearly double the 3,580 of the previous year. Of those reported incidents, 2,101 were complaints of racial discrimination, again, nearly double the 1,176 complaints made in 2019, according to the ADS 2020 annual report released this week.

When such a spike appears in such incidents, the question has to be asked, is racism on the rise or is it that reporting of racism is increasing?

According to Franke, “The trend of an increase in complaints of racial discrimination, in particular, has intensified in the year of the horrific attack in Hanau and the Black Lives Matter protests.”

While the Hanau right-wing terrorist shooting spree that left 11 people dead and five others injured in two shisha bars is neither typical nor blamed on Covid-19, a more casual, specifically anti-Asian sentiment is alleged to have taken hold since the killer virus first appeared in Wuhan, China.

Was UN General-Secretary António Guterres right when he said last year he was “profoundly concerned about the rise of violence against Asians and people of Asian descent during the #COVID19 pandemic”?

Featuring in a video report on online German news outlet DW, German-Asian web designer Victoria Kure-Wu related her experience of racism since March last year. Travelling on the train she said, “At first I thought I was imagining things. Then I noticed that people would look at my face then sit somewhere else. I followed three of them just to make sure they didn’t simply get off the train. They sat in other compartments or sat in the bicycle section.”

The DW voiceover claims this as evidence of “an undercurrent of hatred” towards Germany’s Asian population. “One man even told her she should spray herself with disinfectant,” says the narrator.

And while this type of casual racism is clearly unwelcome and infuriatingly resistant to change, this is not the unfathomable hatred that resulted in the Hanau shootings, it’s the more insidious form of everyday discrimination that appears in many countries and since Black Lives Matter emerged has begun to appear on reporting records as its victims rightly refuse to give it the pass they might have previously.

That doesn’t excuse the racism in any way, it just explains why reported incidents have spiked since early last year, when the death of George Floyd then led to a very public pushback against discrimination on the basis of race that reverberated around the globe.

And while for many black people that was, and continues to be, a defining moment in their quest to be treated fairly, the idea that it is wrong to discriminate against absolutely anyone on the basis of the colour of their skin or their ethnic heritage has been a lesson that has taken a little longer to sink in.

Because in some nations – like Germany – there are resentments that have built up over years that feed into racist views. The worst right-wing violence in Germany since the Second World War took place in 1992 when around 2,000 right-wing extremists attacked and firebombed a Rostock-Lichtenhagen housing block full of Vietnamese contract workers. Thousands of onlookers applauded and chanted “Germany for the Germans! Foreigners out!” while the ineffectual police took three nights to bring things under control.

Apparently, the riots were not the result of any particular event at the time but were the result of bubbling resentment at the nearly 60,000 Vietnamese workers who had been invited to live and work in East Germany years before the Berlin Wall was brought down and remained in their new homeland when the Wall fell.

The sort of sentiment that drives such extreme racist behaviour does not disappear overnight. Intolerance is a stubborn stain on any society. More recent proof can be see on the ADS’s very own Facebook page, where its struggle against discrimination is there for all to see.

The comments below today’s well-meant wishes for a ‘Happy Eid Mubarak’ and ‘Nice Ramadan Festival’, include the loaded remark ‘Bei aller Gleichheit wo sind die Grüße zur Himmelfahrt?’ (‘All the same, where are the greetings for the Ascension?’) Today is the Feast of the Ascension on the Christian calendar.

While this might be an instance of religious pique, it’s another petty and embarrassing everyday incident that proves Germany’s drive to assimilate those from other countries and cultures still has some way to go.