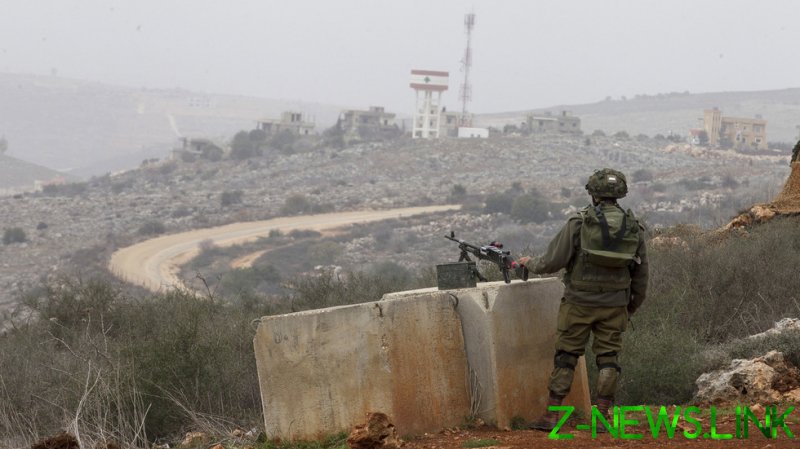 The Israeli Defense Forces (IDF) reported an unspecified incident near Manara, a kibbutz straddling the Israeli-Lebanese border, late on Tuesday night, saying it had closed a number of roads in the area. It later ordered residents from Manara and nearby communities to remain indoors and cease “activity in open areas,” though did not provide a reason.

Videos purporting to show IDF flares illuminating the night sky have circulated on social media, “dozens” of which were fired along the border over concerns of a “possible infiltration,”according to the Jerusalem Post.

Online reports suggested that the flares came after shots were fired near an IDF border outpost.

The glowing munitions were reportedly visible from Manara, as well as the Lebanese border towns of Kfarchouba and Mays al-Jabal.

A correspondent from Lebanon’s Al-Manar TV, a media outlet linked to the Hezbollah movement, also reported the use of phosphorus munitions – typically used to produce smoke or illumination, but also as an incendiary. Footage has emerged online appearing to show that weapon in use.

While Al-Manar later noted that it witnessed no IDF shelling, uncorroborated images allegedly showing undetonated shells found on the Lebanese side of the border have made the rounds online. A senior defense analyst for Walla News, an Israeli outlet, also said numerous explosions were heard around the border area, citing local reports, while Israel’s Channel 13 TV station pointed to possible gunfire and blasts, though both claims remain unconfirmed.

The so-called “security incident” comes amid lingering hostilities between Israel and Hezbollah, and about a month after the IDF accused the group of another cross-border incursion, which it denied. Hezbollah has also vowed to retaliate for a recent Israeli strike near Damascus that killed one of its fighters. The militant group has long fought alongside Syrian President Bashar al-Assad in the country’s war against rebel insurgents, however Tel Aviv argues that it seeks to launch attacks on Israel from Syrian territory, prompting dozens of Israeli strikes throughout the years-long conflict.