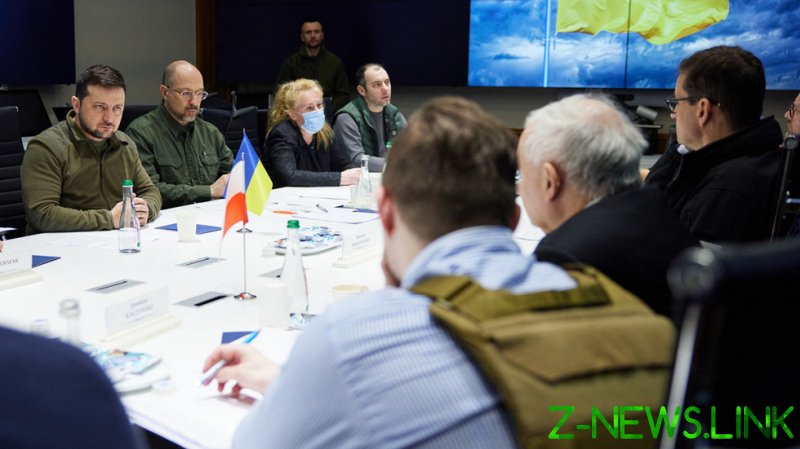 Poland has provided neighboring Ukraine with a whopping $7 billion worth of military aid since the outbreak of the conflict between Kiev and Moscow, Polskie Radio has reported.

The weapon deliveries to Ukraine included 200 Soviet-designed T-72 tanks, dozens of Gvozdika howitzers, Grad multiple rocket launchers, missiles for MIG-29 and Su-27 warplanes, as well as other munitions and Polish-made reconnaissance drones, according to the outlet.

The journalists pointed out that the NATO country had around 400 tanks in its arsenal before the Ukrainian conflict, meaning that Warsaw has already parted with around half of its armor fleet in favor of Kiev.

Some of the Polish tanks were upgraded in 2019, but Ukraine only got the vehicles that weren’t covered by the modernization program, Polskie Radio said.

The country’s deputy defense minister, Wojciech Skurkiewicz, has confirmed to the outlet that Poland has been supporting Ukraine militarily since the beginning of the hostilities. 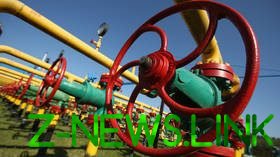 Warsaw has been among the most active backers of Kiev amid the conflict, urging tougher sanctions on Russia than other EU members – up to a total ban on trade with the country – and calling for a NATO peacekeeping mission to secure western arms shipments to Ukraine.

However, on Thursday, Russia’s Foreign Intelligence Service (SVR) said it learned about plans by Poland and US to use the ongoing conflict for Warsaw to regain control of areas in western Ukraine that the Poles had lost after WWII, but still consider as “historically belonging” to them.

The plotters are allegedly hoping to achieve the split of Ukrainian land by sending a non-NATO mission of Polish peacekeepers to the country. Arriving under the pretext of “protection from Russian aggression,” they would actually focus on recapturing control of key facilities from the local troops, according to the agency.

Poland has denied those claims as a “Russian information operation” aimed against Warsaw and Washington. But SVR reiterated on Friday that its statement on the Polish peacekeeping operation in Ukraine “wasn’t an assumption, but an intelligence data, obtained from several reliable sources.” 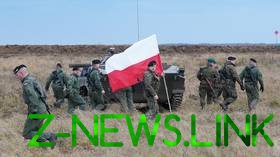 Russia sent troops into Ukraine on February 24, following Kiev’s failure to implement the terms of the Minsk agreements, first signed in 2014, and Moscow’s eventual recognition of the Donbass republics of Donetsk and Lugansk. The German and French brokered Minsk Protocol was designed to give the breakaway regions special status within the Ukrainian state.