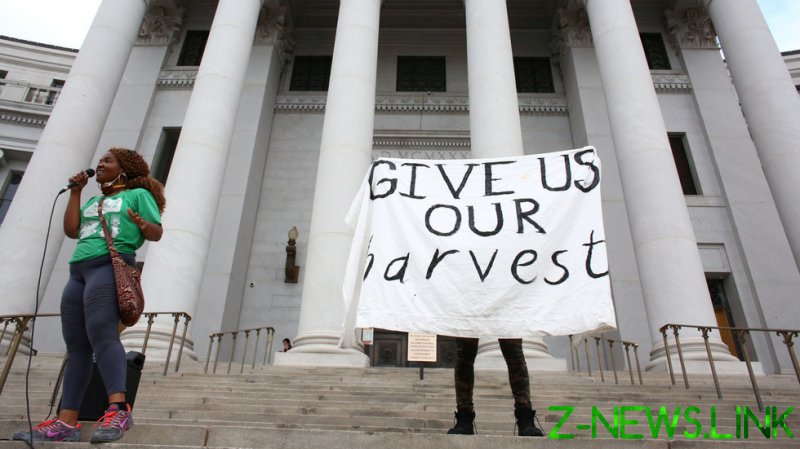 Now that the Democratic Party has control of both houses of Congress and the presidency, calls for reparations, like those by Ta-Nehisi Coates, or more recently, the Contract With Black America touted by the rapper Ice Cube, will no doubt be given a serious hearing. Ice Cube is set to meet with Biden soon, likely before Black History Month ends. The question is: what are the merits of the case for reparations? Should all whites be forced to pay black Americans for the crimes of slavery?

Leftists and left-leaning liberals extol the merits of claims for reparations. Like New York Times columnist David Brooks, they call for national reconciliation and the atonement for racial injustice stemming from but not exclusive to slavery. The national soul will never be set right without a reckoning that includes reparations and other racial ‘equity’ programs aimed at redressing the centuries-long ‘sin’ of American racial injustice. Every white person, the argument goes, has been the beneficiary of racism, with its roots in slavery but also deriving from historical and ongoing discrimination, ‘white privilege,’ and the myriad, often inscrutable, advantages accruing to whiteness. These leftists and left-leaning liberals ask, when will national reconciliation finally begin?

Conservatives, on the other hand, will dismiss arguments for reparations, either on the basis of time passed, or on the argument that blacks have been more than compensated in welfare, affirmative action, and other social programs. But most importantly, they too address the question in terms of guilt and moral culpability. Even if my ancestors owned slaves, they argue, I am not guilty of their sins. I had nothing to do with it. These conservatives ask, when will this national guilt-tripping of whites finally end?

Both of these arguments are made in the wrong register. Both rest on the question of guilt, on the moral grounds of ‘sin’ and the need for repentance, or the lack thereof.

The libertarian economist Walter Block takes another approach. Instead of treating the question on abstract moral grounds, Block suggests that the question of reparations should be examined in terms of private property rights. Block provides a just basis for reparations, with an example:

“Justified reparations are nothing more and nothing less than the forced return of stolen property — even after a significant amount of time has passed. For example, if my grandfather stole a ring from your grandfather, and then bequeathed it to me through the intermediation of my father, then I am, presently, the illegitimate owner of that piece of jewelry. To take the position that reparations are always and forever unjustified is to give an imprimatur to theft, provided a sufficient time period has elapsed. In the just society, your father would have inherited the ring from his own parent, and then given it to you. It is thus not a violation of property rights, but a logical implication of them, to force me to give over this ill-gotten gain to you.”

Similarly, if my ancestors bequeathed me property that was gained on the basis of property rights violations, the primary property being a person’s property in his or herself, then indeed my debt to the descendants of those robbed by my ancestors still holds today. I can no more dismiss such claims on the basis of time past or the moral argument that I had nothing to do with it, than I can lay claim to the stolen ring I got from my grandfather on the basis of my grandfather’s theft and my father’s intermediation.

But the arguments for reparations are not made on the basis of property rights. Instead, they are based on collective white guilt, on the ‘crime’ of being born with white skin. This notion of collective guilt would cause all whites to be penalized and robbed of property that has no connection with slavery.

It is useful to note that collective race guilt has its roots in the Marxist notion of ‘class guilt,’ the idea that membership in the ‘bourgeoisie’ makes a person guilty for the ‘crimes’ of his or her ancestors. Class guilt is based on the Marxist theory of exploitation. But the labor theory of value on which the notion of exploitation is premised is false. Value is not based on the socially average amount of time required to produce a commodity. It is based on what someone will pay for it. Likewise, the Marxist notion that workers are exploited at the point of production is a fable. And as the labor theory of value crumbles, so too does the Marxist argument of exploitation.

Just as ‘class guilt’ is a fatally flawed concept, so too is race guilt. If one gained nothing from slavery, one does not owe a debt to a nebulous class of blacks. The execution of reparations on the grounds of collective race guilt would amount to the theft of property from the rightful holders of it.

Instead, if the actual descendants of slave owners, slave traders, and slaves could be located, whether they are white or black Americans, Africans, Dutch, or whoever, the property that they hold deriving from slavery should be returned, accounting for inflation, and with interest. Of course, locating such descendants would amount to a logistical nightmare, as would the determination of debts.

But reparations should never be based on ‘race,’ or paid for by ‘white people’ as a whole to a nebulous class of blacks. Such reparations would be criminal. They would also exacerbate the already fraught race relations in America, which is apparently the intent of the American ruling elite, whose own crimes are numberless and who would punish all ‘whites’ in order to cover for them.