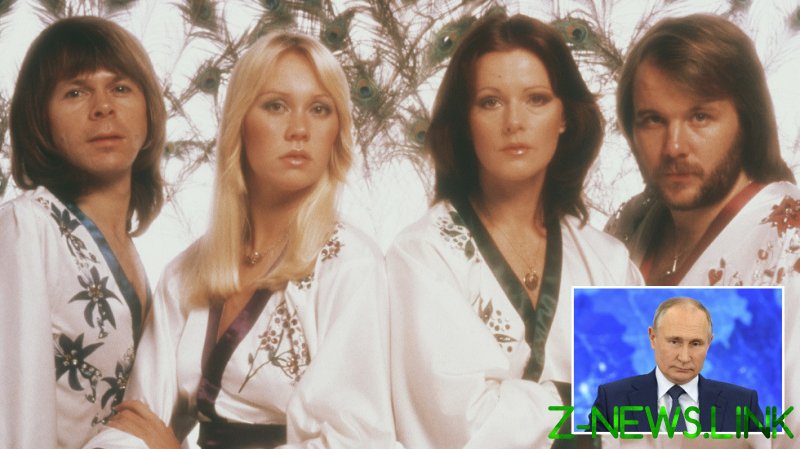 According to the Wall Street Journal, the super troopers of the Swedish army, clearly worried that the winner will take it all, are preparing for a potential invasion of the tiny Baltic Sea island of Gotland, which, the local tourist board reports, is home to more sheep than people.

The article warns of “Russia’s foreign policy growing more assertive over the past decade under President Vladimir Putin,” and sets out Swedish fears of a full-blown invasion spearheaded by the country’s 76th Guards Air Assault Division. “We will never surrender,” the local division’s sergeant major told the American journalist. “That’s the message we’re sending.” In other words explaining that the dastardly Russians can say “gimme, gimme, gimme” all they want but the Swedes know the name of the game.

Despite Sweden not being a formal member of the “money, money, money”-driven NATO military bloc, a Moscow-ordered conquest of the country would undoubtedly drag the US and EU countries into the fray, if Stockholm was under attack. The outcome is likely to be no less significant than a third world war. But the piece is dum, dum, diddle about what motives the Kremlin might have for triggering it. The country has negligible fossil fuel reserves, and already imports huge volumes of Russian oil. It is possible, however, that its strategic supplies of pickled herring may prove too tempting to pass up.

“The Cold War is back on in the frigid North,” announces the WSJ, in its SOS, while attempting to justify why Sweden has dramatically turned its back on a policy of studied neutrality and sought a partnership with Washington. In the past few years, the Scandinavian country has seen colossal joint exercises with NATO and with US troops. The Kremlin has previously expressed grave concerns about its neighbor’s flirtation with becoming a member of the bloc, and Putin himself said in 2017 that were Sweden to accede to NATO, “we will consider this a threat and will search for the ways to eliminate it.”

However, if Russia’s concern about military exercises in its front yard is the backdrop to a potential all-out invasion, Sweden’s soldiers on the island of Gotland may have to wait a while before they see any action. In November, US-led exercises in Romania saw a barrage of missiles hit the waters of the Black Sea, sparking fears of military conflict in Crimea. However, few have suggested that Russian tanks will be rolling into Bucharest any time soon.

Instead, it could be Sweden’s cultural delights that make it an attractive prospect for an apocalyptic annexation. As well as smorgasbord buffets and a world-beating social welfare system, the country is the birthplace of 1970s pop band ABBA. Putin has long been rumored to harbor a secret love for the group after one of their tribute acts was tipped to play an exclusive concert for the Russian leader. Time will tell whether the prospect of having the army forcibly reunite them would be worth Moscow risking the prospect of meeting its Waterloo in Gotland.

Perhaps a telegram simply saying ‘thank you for the music’ would be simpler. Especially given Moscow long ago wised up to the fact that NATO is all about keeping money flowing to military industrial elites, and their well-paid lobbyists, so they can maintain their standing in this rich man’s world.