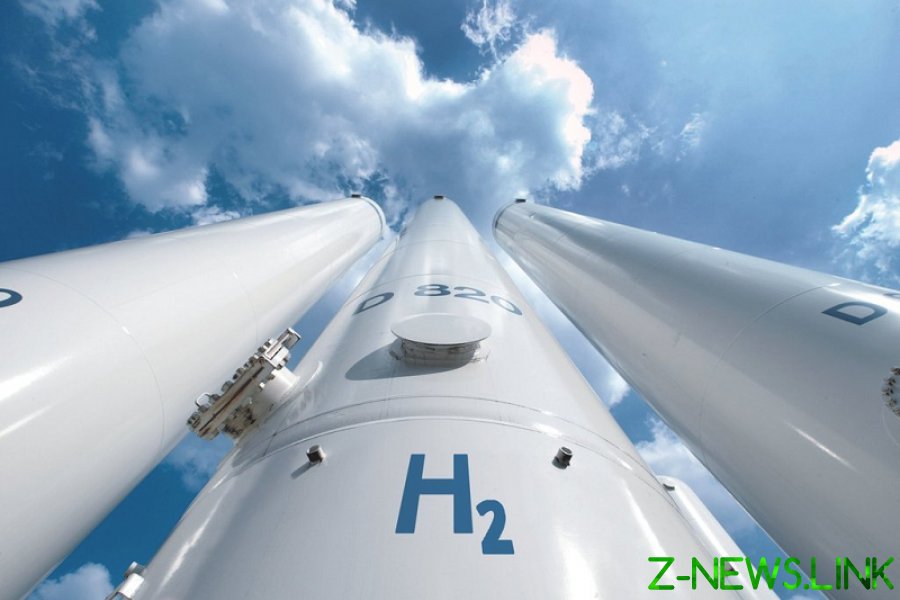 In the scientific journal Nature Energy recently published an article in which he argued that hydrogen generated from renewable electricity “is already competitive at a cost of” some “niches”. It is added that “full competitiveness” can be achieved in about a decade.

These findings contrast with other work on renewable hydrogen, which moves to achieve competitiveness in the longer term. For example, the authors of a recent German study believe that electrolysis hydrogen can (under certain assumptions) to become competitive with natural gas by 2040.

Some scientific papers concludes that also in 2040 the hydrogen will dominate in the segment of long-term (including seasonal) storage of energy.

Some experts in the energy sector are skeptical of the fact that renewable hydrogen will generally be ever competitive.

At the same time, today, in technologically developed countries, it is understood that “renewable” (or “green”), that is produced from wind or solar power by electrolysis hydrogen in the future will occupy an important place in the economy.

Hydrogen has long been seen as a potentially important low-carbon replacement natural gas (predominantly methane) to energy system along with the introduction of renewable energy sources.

It can be used to reduce emissions in industrial processes such as steel production, which require the use of hydrocarbons to obtain high temperatures. Or it can replace natural gas in heating buildings already connected to the gas network (with some modifications of boilers, piping, and burners).

For countries with cold and moderately cold climates, where peak gas consumption occurs in the winter months, the seasonal accumulation of energy necessary to Supplement the system with a high share of renewable energy. “Green” hydrogen is one of the most likely solutions to this problem.

There are two main ways of obtaining low-carbon hydrogen. The first is the reforming, in which natural gas is “converted” into hydrogen and CO2. The addition of process technologies capture and storage of carbon (CCS) means that CO2 is released into the atmosphere (but it is expensive and unlikely to avoid emissions at 100%).

The second way is the electrolysis of water using renewable electricity. Currently, however, it is believed that this is a more expensive option than the conversion technologies of fossil fuels (even with CCS).

See also:  Scientists have invented a new system of obtaining hydrogen from water

Other possible ways of producing hydrogen, such as the “thermochemical splitting of water” or artificial photosynthesis, are at earlier stages of development.

Today’s article challenges the view that “green” hydrogen will long remain uncompetitive. The authors calculated “from the investor’s point of view” that hydrogen produced from wind energy in Germany and Texas, is already cost-effective for small and medium gas consumers, who typically pay more for raw materials.

The article also States that renewable hydrogen will become competitive with large-scale industrial production of hydrogen based on fossil fuels in the next decade or so. This is due to the fall in the value of energy (in this case) and wind technology, electrolysers.

This situation is shown in the chart below. According to research, renewable hydrogen is currently economically viable in some cases. In the context of this article means that it can provide higher returns for investors than an investment in a renewable energy power station without hydrogen, if hydrogen is sold at a low price 3.23 USD per kilogram in Germany and 3.53 US dollar per kg. in Texas.

In Germany a rather mediocre wind potential, so in other regions where the average wind speed is higher, hydrogen production, ceteris paribus, it may be advantageous, the authors note.

It should be noted that the results of the study show that renewable hydrogen successfully competes with hydrogen produced from fossil fuels, even if you are not using CCS. In this sense, the production of hydrogen from natural gas with CCS does not make sense, because it adds to the process additional “cost barrier”.

The authors use several assumptions, due to which the article made a favourable conclusion on hydrogen produced from renewable energy sources.

First, the authors came to the conclusion that the cost of cells drops rapidly (see chart below). The researchers analyzed the cost of electrolysis technologies based on different sources, including data producers, plant operators, articles in scientific journals and other reports. In addition, the conversion efficiency of hydrogen to electricity has also improved.

See also:  In 2018 is expected to surge malicious web mining

Second, the scientific results are based on the condition of “optimal output” RES-power plants and electrolysis units. For example, if the average wind turbine operates with a capacity factor of 30%, any installation of Power-to-Gas, when installed it should be designed to use no more energy.

Third, the article assumes that wind energy will eventually become much cheaper. It is projected that the price of new wind turbines will reduce by 4% per year and fall approximately two times by 2030. It is also assumed that their capacity factor will increase by 0.7% per year. [Although these assumptions are based on several sources, to me they have been overly optimistic – V. S.]. In the result, the LCOE of wind energy in Germany will decline from the current 54 euros per megawatt-hour today to 33 euros/MWh by 2030. A similar decrease is expected for Texas.

Obtaining cheap hydrogen when the cost of renewable energy electricity is also a pretty aggressive assumption.

Presented a scientific paper contains calculations on the basis of which conclusions are made about the imminent advent of the “full” market competitiveness “green” hydrogen.

Here we are not verifying these estimates and assumptions only note that some conditions seem to us to be too optimistic.

However, the study helps to substantiate the hypothesis that significant reduction in the cost of electrolytic hydrogen, and that eventually, the hydrogen could play a more important role in the power system.

The results of the study show that regulators “should not ignore hydrogen” in consideration of the question of how to switch to the grid based on renewable energy, the authors say.

Cheap hydrogen from renewable energy sources facilitates a complete decarbonization of the economy through energy conversion into gas or liquid.

Previously Electrovette reported that according to experts “the Era of hydrogen fuel has arrived.” The production of hydrogen every year costs more cheaper, while States and corporations are investing billions of dollars in its reception and implementation. Hydrogen trucks and trains is just the beginning. Experts predict a boom in the industry, which has long remained in the shadows.