Rene Fasel: “don’t hurt the innocent! Hockey is not associated with the scandal named Rodchenkova” 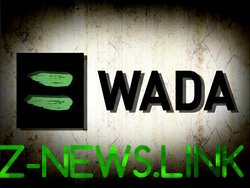 Interview of the President of the international ice hockey Federation Rene Faselabout the WADA sanctions against Russian sports.

The IIHF’s position is known: no matter what, to hold adult and youth men’s world Championships 2023 in Russia, as well as the women’s world Cup 2021. If you have to defend this position?

— We’ll see. Russia will have to appeal to the CAS. And before we discuss, will we have to defend our position, it is necessary to await the decision of the court of arbitration for Sport in Lausanne. But of course we will do our best to make these tournaments were held in Russia. Apparently, we’ll ask them to cancel. However, everything depends on the decision of the CAS. You need to wait and hope.

— As far as I know, the youth world Championships are not included in the list of Major Events, and WADA said only the cancellation of major tournaments.

— I still don’t really know whether this is so. It seems to me that the youth world Championships is also in the list. Frankly, I’m really surprised that this list is not part of the European championship on football. Very strange. But what to do. The situation itself is very complicated. Not only for the IIHF, but also for other international federations. It only remains to wait for the decision of CAS, and then have him push off, wondering what we can do and what is not. I was upset that hockey was at all involved. Because our sport is in no way associated with the scandal named Rodchenkova. Hockey players are innocent. Find the guilty and punish them, but don’t hurt the innocent. Collective punishment is meaningless.

— Can we expect that the Russian team will play without a flag and anthem at the world championship in Switzerland?

— If the appeal will be filed, and CAS will not have time to make a decision before the tournament that Russia will be a flag and anthem. If you have time — we start from the solution. At the court of arbitration for Sport will be 5 months. Not the fact that they will have time. What we can say for sure — the Russian team will be at the world Cup. With the flag or not — the question I can’t answer. This question will answer court of arbitration for Sport. Only they can change the decision of WADA.

— Whether the IIHF representative to the arbitration court, defended the position to hold the tournaments in Russia and the position of the Russian national team?

— There is such a procedure: there will be three judges, and one will choose Russia, and another WAD. And then we’ll see what we can do.