Renders of iPhone XI Max – design of a smartphone approved

In the network appeared new renders of the yet unannounced smartphone iPhone Max XI, a show which will be held in September this year. Since the production of this mobile phone Apple has launched, its design will not change, and we, in fact, the new IPhone 2019. 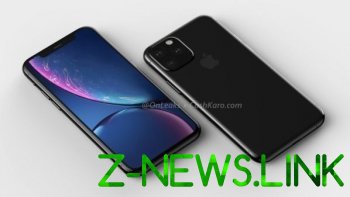 As might be expected, the appearance of the phone compared to a line of 2018 has not changed – the only thing that has changed is the main camera, which has become even more ugly. Now it consists of three modules arranged very strangely and strongly protruding from the housing, and it looks cheap as possible and Chinese. The front of the unibrow as he was, and remained, while all other manufacturers have long since abandoned it, and overall, the phone again shows us the design of a two-year iPhone X with a barely noticeable improvements, which is still rather low.

According to available data, XI Max iPhone will get a screen with a diagonal of 6.5 inches, which is slightly reduced. But the Lightning port, despite its replacement by the USB-C in iPad Pro 2018, there will remain in place. The smartphone will be released soon with iOS 13, which will be shown this summer, and its price is guaranteed to be higher compared to the current flagships on the Android OS.

See also:  The smartphone Elephone C8 no part of the screen was estimated at $400