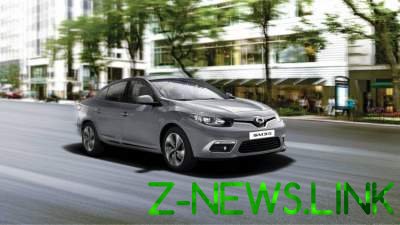 In a brief press release reported that the car got a new battery at 36 kilowatt-hours, which is no weight gain allowed to increase the power reserve of 57% to 213 km on a single charge at the Korean test cycle.

The previous version of the SM3 Z. E., which appeared in Korea in 2013, is analogous to the European electric car Renault Fluence Z. E., which was produced in Turkey in 2011-2014.

That model had a battery of 22 kilowatt-hours, allowing you to drive 185 km on the European NEDC cycle. Now “Fluence” is gone, neither electric nor gasoline: after the last change of generations of the sedan became part of the family Megane.

Thus, for example, for China, the Fluence Z. E. is altered in Dongfeng Fengnuo E300 EV.

SM3 Z. E. is very popular in Korea – it’s the only electric trehobemnyh in its class. In addition to private buyers, it is used government organizations like the Ministry of health, as well as taxi service.

Modest by modern standards, the reserve local residents are not confused: according to the Korean Transportation Safety Authority, in 2016, the average length of day trip to South Korea was only 40 km, so with a new battery, the sedan can be used for five days on a single charge.