Home / WORLD / Removal of Confederate statue in Charlottesville causes division, with protesters calling it an erasure of history

Removal of Confederate statue in Charlottesville causes division, with protesters calling it an erasure of history 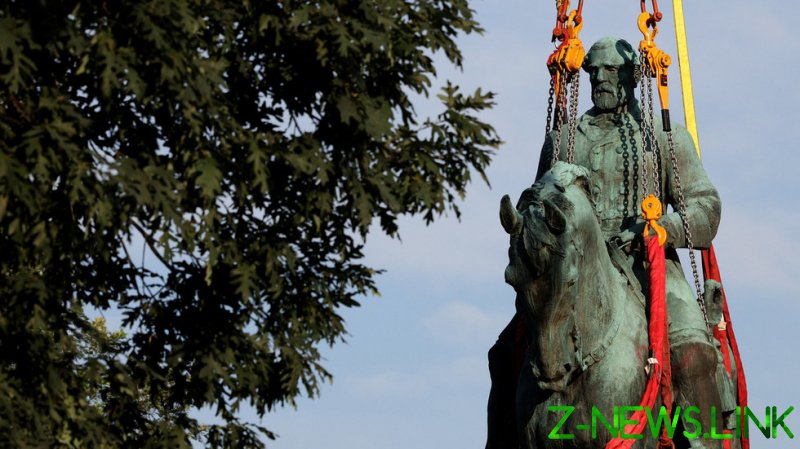 In 2017, the proposed removal of the statue led to the infamous Charlottesville Unite the Right rally, during which a protester against the event was killed during a car attack.

Now, nearly four years after the rally, Charlottesville, Virginia has taken down the statue, with Mayor Nikuyah Walker calling it “one small step closer” to making the US “grapple with the sin of being willing to destroy Black people for economic gain.”

The removal was praised by some Americans, who called it “a great change” and called for the statue to be put in a museum or melted “into copper piping for a toilet.” One person even called for the Confederate flag to be banned next.

Others, however, accused the city of Charlottesville of erasing US history, wasting taxpayer’s money, and virtue signaling.

“No. No more monuments taken down. No more history removed. Ever,” protested conservative commentator Jesse Kelly. “Stop negotiating with terrorists who use your values against you. That’s how we lose.”

168 Confederate statues, monuments, and symbols were removed in 2020 alone, with even more being taken down this year.