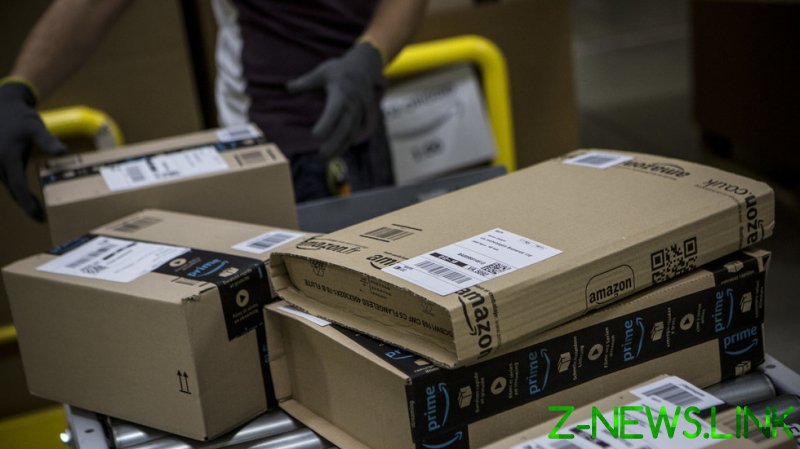 While many used the #PrimeDay hashtag – which was even given its own dedicated emoji by Twitter – to share product deals and discounts, others utilized the hashtag to criticize the company’s workplace practices.

“Every time you’re tempted by a #PrimeDay deal, remember this is what you’re funding,” declared Independent reporter Adam Smith, who posted several screenshots of unflattering reports, including Amazon workers allegedly urinating in bottles and the company patenting a machine that would put workers in cages.

Another person used the #PrimeDay hashtag to call on Amazon founder Jeff Bezos to give “decent wages, better working conditions, & union rights” to his employees, adding, “And together we’ll be working to make sure there’s progress by the next #primeday.”

Several unions also called out the company on Prime Day, pointing out that workplace injuries spike during annual sales and employees get overworked.

“Amazon continues to fail to understand that its human employees are people and not robots,” wrote the Retail, Wholesale and Department Store Union (RWDSU) in a statement, while German trade union Ver.di encouraged workers to strike during the sale, noting that employees “don’t get a cent more for the additionally intensified workload.”

Amazon has organized intense efforts in the United States over the past few years to stop unions from forming, including PR campaigns targeted at employees which claim they would be worse off and with less money as part of a union.

In April, a majority of Amazon employees in Alabama voted against forming a union following one such company campaign.