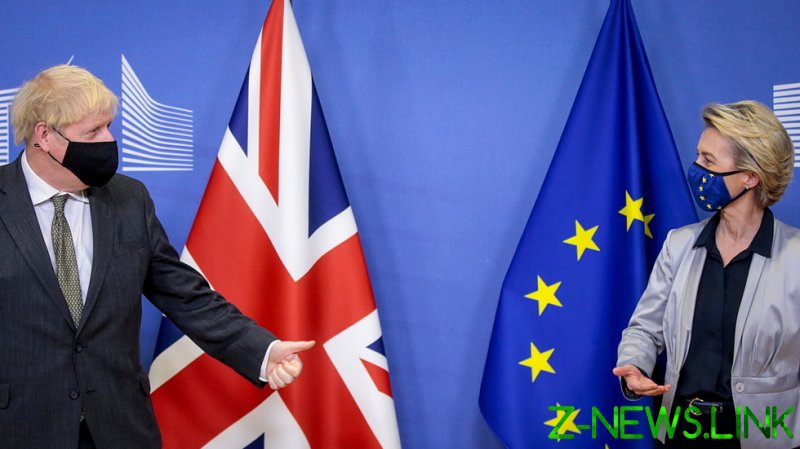 By the time we shut the door in Europe’s face on New Year’s Eve, kicking it out like a guest overstaying their welcome, it will have been four years, six months and a week since the British public voted for Brexit. Yet a bunch of Remainer cry-babies still insist it’s not what the nation really wants.

As a parent, I’m used to being nagged by unreasonable children, and the alternative reality of those who want to keep hold of the EU nanny is just like that. Any upside, any optimism, any boldness promised by Brexit is met with a quivering bottom lip and eyes filled with tears. “But we’ll be all aloooooooone!”

Weirdly, the Remainers make no secret of their position, deluding themselves that, in the equation 48:52, somehow the smaller number carries the day. They’re continually trying to convince us of that by popping up on the BBC, or writing heartfelt garbage in the Guardian and the Financial Times saying it’s not too late to change our minds and stay under the sway of the bullies from Brussels.

Irritatingly, since the onset of the coronavirus pandemic, many Remainers have managed to conflate Brexit and Covid-19 into one ongoing super-catastrophe, where, in particular, the economic repercussions of the lockdown are somehow the result of a decision about membership of the European Union that was made back in 2016.

There is no connection. The only commonality is that they are unfolding simultaneously, and both coincidentally now entering their end games.

Much as I’d like to give Brexit credit for the unravelling of greedy billionaire asset-stripper Sir Philip Green’s Arcadia retail empire, it has nothing to do with that collapse. That’s all down to a nasty cough that was first heard in Wuhan, China, towards the end of last year and some poor business judgement.

That bug is also to blame for the unemployment figures, the closure of bars, cafés, restaurants and sandwich shops across the nation, and the decimation of small businesses, hotels, theatres, clubs, sporting crowds, and holidays abroad.

All of those are horrific outcomes, but nothing whatsoever to do with Brexit. Let’s make that much clear. Because the UK is not alone in this experience – it’s happening universally, from Peru to Portugal.

And despite bogus claims to the contrary, it is largely down to the coronavirus and the restrictions surrounding free movement that British tourists will not be welcome in Europe from January 1. Not because of Brexit, but because of Covid-19.

American nationals haven’t been allowed to visit Europe since March for the same reason, so ignore the tearing of hair, the cries of “Brexit! Why, oh why? Brexit!” and the false narrative surrounding even the slightest change to our exciting new life outside the EU, because we have far bigger fish to fry.

And while we’re dispelling myths, don’t believe the tosh about UK ports being blocked with containers full of goods bought in anticipation of problems with imports from January 1, thanks entirely to Brexit. The reason things are choc-a-bloc at our shipping terminals is the amount of PPE that we bought in a rush when an embarrassing shortage caught the government with its pants down mid-pandemic.

Like those greedy folk who stockpile loo roll, the government found it didn’t need all that protective gear at once and has taken its time shifting the loaded containers, leaving no room at the inn for all those goodies from Santa Claus in China. Again, the root cause is not Brexit – it’s Covid-19.

Brexiteer, Remainer, whoever – who cares if it’s a deal or a no-deal? With the state of our economy and the amount of resuscitation it will need just to get back on its feet, the minor inconvenience of a no-deal Brexit is way down the list of worries. As it flatlines, to be fussing about fishing rights is like putting a plaster on a patient’s finger while ignoring the gunshot wound to his head.

There will be brighter days ahead. We will be better off outside the European Union. Our ability to be first in the world to achieve regulatory approval for a Covid-19 vaccine gave a sneak peek at the agility we can exercise when no longer forced to submit every step needed in a crisis to a vote of 27 member nations.

UK doctors gave 90-year-old Margaret Keenan the Covid-19 vaccine on Tuesday – the first person outside a trial in the Western world to receive it. Meanwhile, elderly and vulnerable Europeans are still weeks away from roll-out as the EU’s slower regulatory process grinds on at a snail’s pace.

Playing by EU rules, it’s unlikely the UK would have forged its own path on this. And this time, it is all down to Brexit.