Home / Game / Released browser game based on “Game of thrones”

Released browser game based on “Game of thrones” 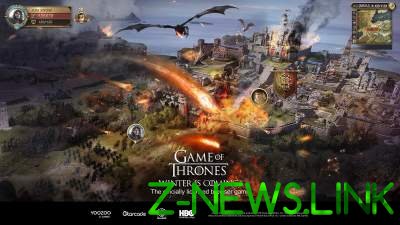 In a separate game mode you can go through the main plot points of the series, becoming their direct participant.

HBO and Yoozoo Games has released a browser-based strategy on the cult TV series “Game of thrones”. This is the official Twitter of the game.

The game is called Game of Thrones: Winter is Coming. The action takes place since the beginning of global war – the murder of Eddard stark.

See also:  The Creator of Assassin's Creed has released a trailer for their ambitious games Ancestors

The player must choose a character – Lord or lady. Then you need to build and enlarge his house, to collect an army to protect and to interact with key characters of the series.

“Always be vigilant and repel a sudden attack or take the initiative and attack their enemies”, – say the developers.

See also:  Reveal the secret of the game the Evil Within 2

The authors of the game say that fans of the series expect all the main sights of the seven kingdoms, glory and Majesty. In individual mode you can go through the main plot points of the series, becoming their direct participant.