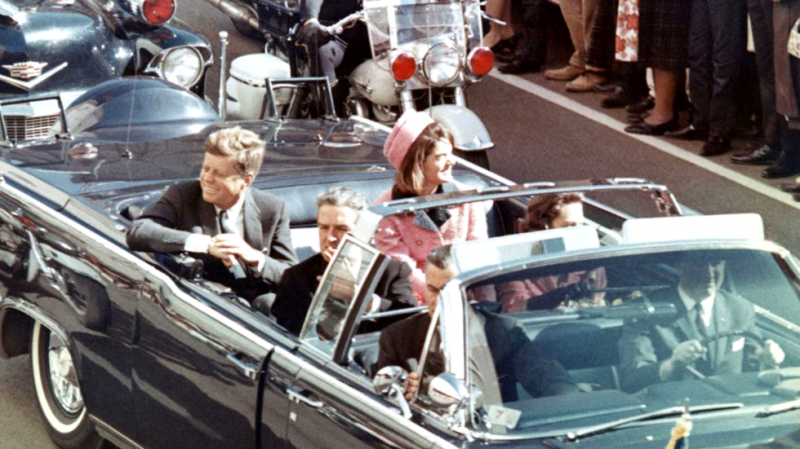 In a memo on Friday, Biden wrote that the remaining files concerning the assassination “shall be withheld from full public disclosure” until December 15 next year, nearly 60 years after Kennedy was shot dead as his motorcade rolled through Dallas, Texas.

Biden’s memo states that due to the Covid-19 pandemic, the National Archives and Records Administration (NARA) and the National Archivist have been prevented from checking in with every agency affected by the files, and can’t determine whether releasing the unredacted documents would impact national security.

Some information already deemed appropriate will be released this December, while the remainder will stay secret until at least next December.

Although Lee Harvey Oswald was arrested for Kennedy’s murder, he never stood trial as he was shot dead two days later by Jack Ruby. As a result, Kennedy’s murder has spawned countless conspiracy theories, and a majority of Americans still believe that sinister forces were behind the assassination.

These theories have persisted for decades, and in 1992, Congress ruled that all records surrounding the shocking murder “should be eventually disclosed to enable the public to become fully informed about the history surrounding the assassination.” However, multiple administrations since have stalled on this disclosure.

Former President Donald Trump promised via tweet in 2017 to allow the “long blocked and classified JFK FILES to be opened.” Despite Trump’s promise, a pledge that many thought he’d follow through on due to his status as a political ‘outsider’ in Washington, only a selection of material was released, and some of this material remained redacted.

Whenever the Biden administration releases the rest of these documents, they will at least be easier for the general public to view. At present, the 250,000 or so records released so far are viewable only at NARA’s location in College Park, Maryland. Biden’s memo orders NARA to digitize these files and make them available online.