Home / Game / Release date Battlefield 1, “In the name of the King”

Release date Battlefield 1, “In the name of the King” 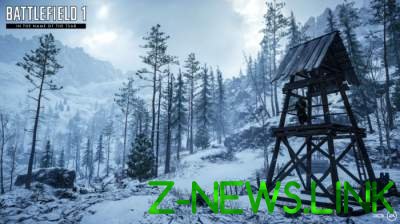 Electronic Arts and DICE all summer talked about the next DLC for the shooter Battlefield 1, which we are particularly interested in, because it adds to the game Russian army. And now the developers has finally decided the release date of the DLC “In the name of the King.”

Season ticket holders with a Premium Pass will be able to begin to master snow-covered Russian expanses on the following week — from September 5. While everyone else will have to wait a little longer — until 19 September.

The creators of Battlefield 1 recall that “In the name of the King” is “the most ambitious to date addition in the series” and not for nothing that earned the award last gamescom 2017 in the category of “Best addition/DLC”. In addition to the Russian fighters (including women’s battalion of death), as part of the expansion you will find six new cards (“Pass Lupkowski”, “Brusilovsky breakthrough”, “Galicia”, “Albion”, “Tsar” and “River Volga”), a new game mode (“Drop supplies”), new Operation, new weapons with new technology.

See also:  In Porsche decided to release a line of electric cars

Moreover, with DLC the DICE team is going to tie support HDR10 designed to make game graphics more realistic. That free updates, the developers plan to make some changes to the mode “Operation” in October. Whereas standard General update gameplay wait until November.