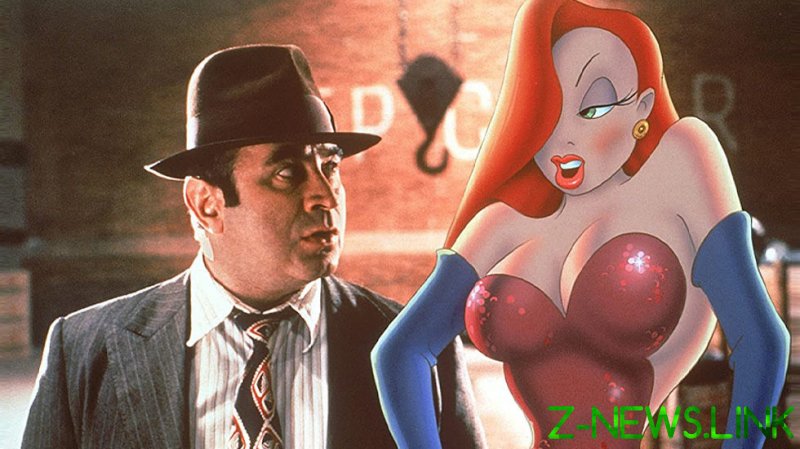 Okay, I have to admit to something that’s not exactly cool. Ready? I had a crush on a cartoon character when I was a teenager. It wasn’t Marge from The Simpsons. Nor Betty Rubble from The Flintstones. Nope.

It was Jessica Rabbit, from the late ’80s Disney flick ‘Who Framed Roger Rabbit’. Nightclub singer Jessica Rabbit was most definitely – voluptuously – female and, to my adolescent self, very, very sexy… er, for a drawing.

The movie was constructed around toons – cartoons – ‘acting’ alongside real-life humans such as Bob Hoskins, and pretty groundbreaking for its day. The plot was… never mind the plot. It was a dippy detective comedy kinda thing. Jessica Rabbit, to me, was all that mattered!

But, of course, the audience had to suspend disbelief and leave critical thinking when they bought their ticket. Same as they always had to do with Bugs Bunny or Mickey Mouse or half-a-million other cartoon characters – have you ever met a real life rabbit or mouse that can talk? Well, exactly.

Plus Jessica Rabbit is a ‘human’ toon. She isn’t actually an animation of an oryctolagus cuniculus (the Latin moniker for ‘rabbit’, which also sounds kinda sexy somehow).

Yet homo-sapien drawing Jessica Rabbit is married to a drawing of a rabbit called Roger. Hence the title. And, just to clarify, Roger Rabbit is a talking rabbit cartoon just like Bugs Bunny; he’s not a rabbit sex toy, although those magical stimulators had, in fact, recently been invented. So maybe there was a whole deeper layer to that film which entirely zipped past me in my teenage days?

Well, the Disney wokeys just don’t seem to understand that simple fact. Because Jessica Rabbit has just disappeared from a ride at Disneyland Resort in Anaheim, California, based on ‘Who Framed Roger Rabbit’ – after 27 years. But don’t worry, she’s set to return in a role that is “more relevant to today’s culture… it is past time for her to throw her fedora in the ring by starting her own private investigation service”. The idea, apparently, is she will be reinvented as a female detective cleaning up a crimewave in 1947 LA.

Oh God. But never mind the ‘plot’. The REAL question is: what on earth is she gonna LOOK like? Details so far are scant, and Disney fans will just have to wait and see where the wokeys go with it. But I’ll be really, really sorry if, for example, she turns into some sort of drag-queen like Nina West or RuPaul. Nah. That’s just not the same. It just isn’t.

Other rides at Disney theme parks have also, of course, been given a cultural adjustment. Jungle Cruise has been nudged to be ‘respectful’ of South American cultures that featured in the movie – the dark-skinned cannibals are being retired and replaced by an Anglo-Indian female boffin character. And the ‘Pirates of the Caribbean’ movies were actually inspired by a Disney water ride, not the other way around. But the ride replaced the ‘Wench Auction’ section to make it about surrendering loot instead. “We believe the time is right to turn the page to a new story in this scene consistent with the humorous, adventurous spirit of the attraction,” said a po-faced spokeswoman for Disneyland Resort at the time. Yeah right, whatever.

The future of Disney is politically correct and firmly woke, if the recent Disney+ ‘This Is Me: Pride Celebration Spectacular’ was anything to go by. The show featured famous tunes from Disney flicks reimagined through a rainbow lens.

The Walt Disney Company employs a whopping 232,000 people. And many of them, reportedly, are being encouraged to effectively embrace critical race theory – in which workers (presumably only the caucasian ones) must acknowledge their position of ‘white privilege’.

Disney is doomed, utterly doomed. It has hamstrung itself by trying to represent the culture of the day, but only a tiny – yet hugely vocal – section of it. The company, founded in the 1920s by the animator Walt Disney, a chain smoker and drinker who could be a bit of a bully to employees, has fallen face first into the abyss of the new woke orthodoxy. Several Disney favourite movies, such as ‘Dumbo’, ‘Peter Pan’ and ‘Lady and the Tramp’, now come with a warning that they may contain “outdated cultural depictions”.

And Disney has, pretty much, suppressed a dodgy movie from 1946 about happy life on a slave plantation called ‘Song of the South’. Walt Disney himself must have known about this film, as he didn’t die until 20 years later. And there were protests at the time. Yet the film was still released, and a character did end up on a ride called Splash Mountain, although a petition led to plans to change it to feature characters from The Princess and the Frog – a 2009 flick that featured Disney’s first African-American princess.

Imagine being an artist or writer or producer or director at Disney right now, with a desire to create characters that are in any way realistic, a reflection of the real world in which people really live, and not just that of the culturally dominant wokeys. They have no chance; there must be an army of woke warriors at every turn, censoring every idea and character and bit of dialogue with their red pens to make sure everything reflects every colour in the rainbow and no offence is ever given to anyone. Ever.

That, though, just like Jessica Rabbit, is not the REAL world, and we shouldn’t forget it.