Home / Society / Regions are dying. What can they be saved? 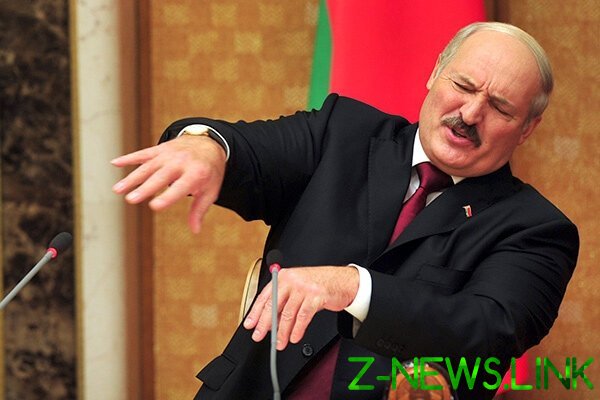 After 10 years, 90% of Belarus’s population will live in cities. This means that the regions, already experiencing socio-economic difficulties, will continue to die. To reverse the trend of a new regional policy, promoting small business development and migration organizations that act as centers of attraction for young people, economists say. 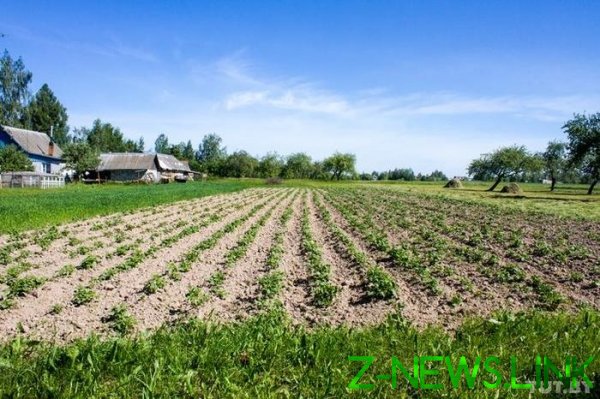 The districts get poorer, and people of them leave for a better share

In 2019, the government undertook work to improve the socio-economic situation in depressed regions. To this end, the Council of Ministers ordered the implementation of hundreds of projects, including infrastructure and investment. The number of lagging socio-economic development of the regions in Belarus it was planned to reduce to 20 for 2019-2020. In 2019, those were considered 31 districts with a total population of 595 thousand people. A quarter of all regions of the country. In these regions there is large-scale production, state-owned industrial enterprises in many of them stopped working. In the result, the local economy actually rests on subsidies, small business and agriculture, and the population actively goes to the big cities or abroad.

In rural areas of Belarus is home to only a fifth of the population. Taking into account natural population decline of more than 2% per year and internal migration, by 2030, cities will live 90% of the population. Despite the fact that the level of urbanization the country is already among the leaders among the European States, and in Eastern Europe in General takes the first place. And if the EU, the trend is changing and to live outside the city becomes more acceptable and even considered to be prestigious, in Belarus this fashion only affected the areas surrounding the capital.

The main reason for internal migration is the level of income. According to the calculations of IPM, only in the Minsk district salaries make up 80-90% of the capital, in the Soligorsk district — 90% and above. In 9 districts of 70-80%, and in 14 areas — 60-70%. Throughout the rest of the country they do not exceed 60% of the salaries in the capital. Despite the fact that 15 years ago such a break with Minsk was only in 15 districts. 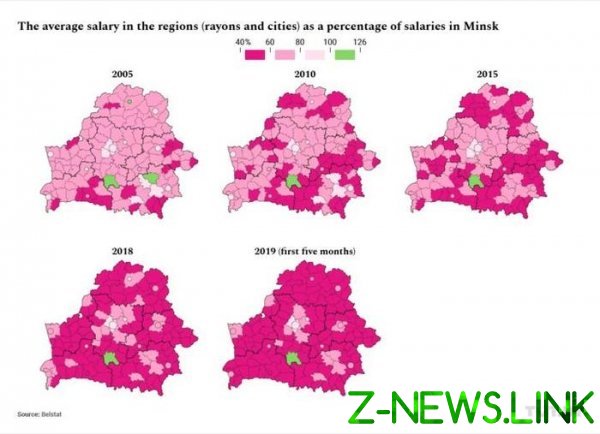 — Within existing structure and processes we have in the world, it is objective. People go where they can live well, where they created normal conditions, where the higher the level of health and education, says researcher, Center for economic research outreach Aleh Mazol.

Policy methods the trend of the flow of population to large cities and the extinction of less successful in the development areas it is impossible to reverse. To reverse the process able to create regional conditions for economic growth.

Recipe revitalize dying areas sounds simple: create the infrastructure and legal conditions for business development to support the workers in the public sector, primarily doctors and teachers, they were interested to work in the regions. But to implement the mentioned proposals more difficult, because behind every item lies a few layers of accumulated problems.

The basis for people — quality infrastructure, healthcare and education

While in Minsk and some major cities every year renew the road surface, spending money on night illumination of walls of buildings and renovation of facades, in the countryside and small towns do not have paved streets, no communication, and difficult or limited access to health services and education.

The upgrading of hospitals, clinics and schools, in terms of technology and provide a decent wage — this is a big step to ensure that the district initially were employees of these institutions, and behind them, and the locals, which are important for the level of medicine and education.

If we add to this the opportunity, with government support, or at least without a lot of bureaucratic procedures to spend to house all important for modern life of communication, the countryside becomes much more attractive to the public than it is now.

At the same time, additional infrastructure will be a plus to people, even having a profession in another country, more likely wanted to go home. For example, IT is one of the leading and growing industries, provides a good opportunity for remote work. But in order for the representative of that sector for some reason went to live in the village, and he’d need a good Internet, without which his work is almost impossible.

By the way, with the involvement of IT-specialists the state could improve conditions for small businesses in the regions.

For example, you can develop an application that allows you to quickly find a Shuttle service. Local businesses have booked a car, she has traveled to all small producers and took their production to another region or for export. Or a centralized application that would allow you to place information about the products of producers from regions and buy it online — gives an example of Aleh Mazol.

In the rescue will help guide small business and young people…

Provided for in decision of Council of Ministers “On approval of the plan of development of individual regions, lagging in terms of socio-economic development” measures to support the poorest regions, according to the expert outreach, will work only if they provide for the retraining of people and the effectiveness of the planned projects is counted. In any other case, effort and money will be wasted. Top-down indicators and targets often do not give the expected effect because do not take into account the characteristics of the local economy.

The job of the state is to help people to earn money, not to create a centralized large enterprises in the Soviet Union. From them the result will not be, — the expert believes outreach.

In 2012, earned important from the point of view of opportunities for regional entrepreneurship document — decree No. 6, which aims to improve conditions for doing small business in rural areas. But it turned out that he worked well mainly adjacent to the Minsk area. Nevertheless, the global document. Now you can go down to the field. Where closed city-forming enterprises in their place should help in the creation of business incubators and to work out individual terms that would attract potential for a specific location and business projects.

— It requires considerable effort on the part of the state, but in the long term will result. People will start to create small enterprises with the new jobs. There will be demand, additional business activity, — said Aleh Mazol. — To put at the forefront not by the state and large companies, and people that they had the opportunity to earn.

Alexander chuta sees additional opportunities in the transfer of some universities from Minsk to the regions. Due to the influx of young people in the area will develop infrastructure, services, entrepreneurship.

— Take the Horki agricultural Academy. If it was not in the Gorki district, this district would be about as Rosson, especially given its geographical position. However, he is alive, because that’s where every year young people coming, says the economist.

Administrative division in Belarus is organized so that the structures of power vertically, with one hand, often duplicate functions of each other, on the other hand, local authorities are very much limited independently to make decisions regarding the development of the district or city, and in matters of budget allocation. While people are accustomed to that from him depends nothing, and to solve any problem can be almost only one appeal to the presidential Administration.

— Important to the development of local government and budgeting civic participation. To make people feel that their opinion about how should look like their region, significant — Alexander chuta.

More than now, independence in the implementation of socio-economic development of the city or district is able to raise the interest of local government agencies in the development, responsibility, transparency of their work and make a qualitatively different involvement of citizens in local projects, experts say.