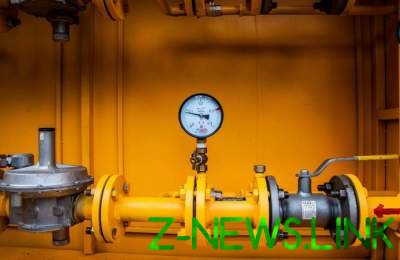 Gas companies promise, in the presence of debt is not to resume gas supply.

As noted in the “Naftogaz”, “check pipe is normal necessary.” However called Sotho technical process of regional gas companies to this is “creative”.

“To resume gas supply gas demand tribute about 1000 UAH per flat. 500 UAH allegedly for the service columns that they even did not”, – emphasized in “Naftogaz”.

As noted in the NAC, gas companies promised if the debt is not to resume gas supply.

See also:  Russia has confirmed the supply of electricity in the "LC"

“But most of these debts are formed because of the controversial gas ratios credit additionally regional gas companies group of the CDWG”, – said the NAC

And added that the calculation of such ratios do not recognize the government in NKREKP, so “people should not have to pay extra”.

“But vitashevsky regional gas companies stubbornly continue to accrue unlawful debts almost across the country. And now resort to violent methods the overlap of the pipe” – said the NAC.

Experts expressed the belief that such actions of regional gases is illegal.

“The gas companies are frankly robbing people by resorting to blackmail”, – summed up in “Naftogaz”.

See also:  It became known how much Ukrainians pay for the maintenance of security forces

In turn, the RGC has called such information “Naftogaz” – “another fake”.

“These fake messages do not contain any facts. If “Naftogaz” the real facts of any violations, the responsible persons should go to the police with the appropriate application and proofs, and not to use journalists for another black PR”, – reads the statement of the RGC.