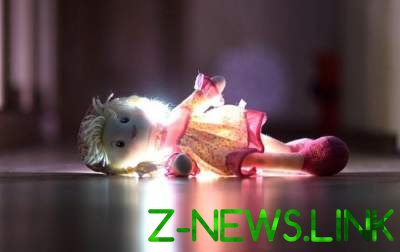 People are afraid to carry a dead girl in their car.

In Vinnytsia region, two days could not be transported for a forensic examination of the body of three year old child.

People are afraid to carry a dead girl in their car. Reports about it “Вінниця.info”. The tragedy occurred in the village of Palanka of Tomashpil district.

Large single mother Lyudmila Luzhanska, who is now in her sixth month of pregnancy, told about the death of her daughter Margarita. November 14 three-year-old choked on a piece of meat. Either adults or doctors failed to save the girl.

“Left the house to fetch water to prepare the children to eat. I was literally five minutes. When I returned, Margaret was gasping for breath. I understand that she choked on meat, which she took out of the fridge. I tried it once to get it out, but I couldn’t. Caused “fast”. First came one brigade. Them to save her daughter failed. Then came the intensive care unit. But the daughter have already died,” – said Lyudmila.

The tragedy was learned, the law enforcement officers who arrived on the scene. “Criminal proceedings were opened. This area parents to a forensic medical examination. Currently forensic medical examination”, – said the head of the Tomashpil district police station Yaroslav Marchenko. According to the newspaper, an autopsy of children is conducted exclusively in the winery, which is located a hundred kilometers from the village of Palanca. The mother of the dead child Lyudmila has his own car and tried to arrange transportation of the daughter with the neighbors. But none of the locals decided not to help her.

“I was asked to move her. No, I did not carry. I couldn’t just take. It is morally impossible. To go in the car with the baby together. Dead,” explained neighbor Valentine Sverok. The woman appealed to the township Council, where the car was searched for two days. “All this time Daisy was lying on the veranda on the couch. All the time I was near her. I have two more children. 4-year-old Christine and 2-year-old Artem. I asked to take them to his neighbor that the children have not seen this horror,” – said Lyudmila. The car was only allocated 16 November from local farms. Fuel is paid by the local authority, which by law takes the lead in organizing such events in front of socially unprotected categories. “Morning Daisy got lucky. After opening the back and we buried her immediately. I want to thank the people who helped. After all, I did not know how it is to live. Thank you to those who helped make the funeral.

In this situation, I was left alone. The children’s father knows what happened, but didn’t even call,” – said Lyudmila. A local resident commented on the situation and told about the mother of the deceased three-year Margarita. “As the mother had to watch and sit near a dead baby? What it is. And no help. It’s just human indifference,” said local resident Zinaida.

“She is always neat. Fed. The house removed. May not live lavishly, but the house tidy. We had little contact with them. Not only that, we live on different sides of the village, Liudmila moved to Palanca two years ago, from Vinnitsa,” – she added.