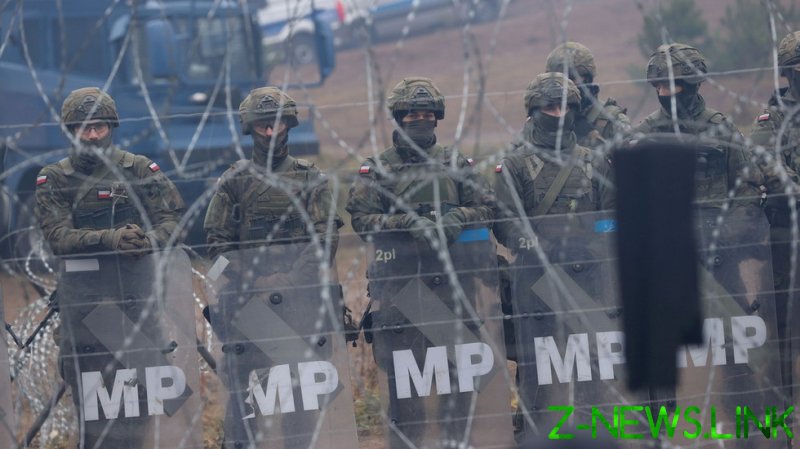 On Sunday, Secretary of State Anthony Blinken hyped up the supposed ‘Russian threat’ during a conversation with his Polish counterpart, Foreign Minister Zbigniew Rau. As he expressed his support to Warsaw in its ongoing row with Belarus, the US official put the blame for the crisis on the Belarusian government, saying Minsk’s actions “threaten security, sow division, and aim to distract from Russia’s activities on the border with Ukraine,” according to a readout of the conversation.

Reports that Washington observed a worrisome movement of Russian military gear and troops close to the Ukrainian border have been popping up in Western media since late October, with The Washington Post being the first to amplify the allegation. Bloomberg last week said the US was warning European NATO allies of a possible Russian invasion of its Western neighbor.

However, Ukraine has denied the claims, going so far as to issue a public statement accusing Western media outlets of relaying elements of propaganda. This is a major contrast with Kiev’s statements during the previous ‘imminent Russia invasion’ scare in April.

Aleksey Danilov, the chair of Ukraine’s national security council, described the initial coverage in the US media as “intentional disinformation of our entire society” in a comment to RFE/RL, the US state-run foreign broadcaster.

Statements by US officials and media coverage notably lacked details about the supposed Russian military buildup. A Politico story named the town of Yelnya as the location where Russian weapons were allegedly being amassed in a way that Washington views as threatening to Ukraine.

Russian officials denied any intention to attack Ukraine and said all domestic movements of troops were a sovereign Russian matter.

The row between Poland and Belarus unfolded over months, as thousands of would-be asylum-seekers attempted to enter the EU through Belarusian territory this year. The Western Europeans accused Minsk of using refugees in a bid to hurt the bloc for the sanctions they imposed on Belarus as punishment for last year’s crackdown on mass anti-government protests. The Belarusian government claims the sanctions had undermined its law enforcement capabilities and forced its border guards to prioritize threats like drug smuggling.

Russia said it was not involved in the situation and called on both sides of the conflict to negotiate a humane and mutually acceptable resolution.