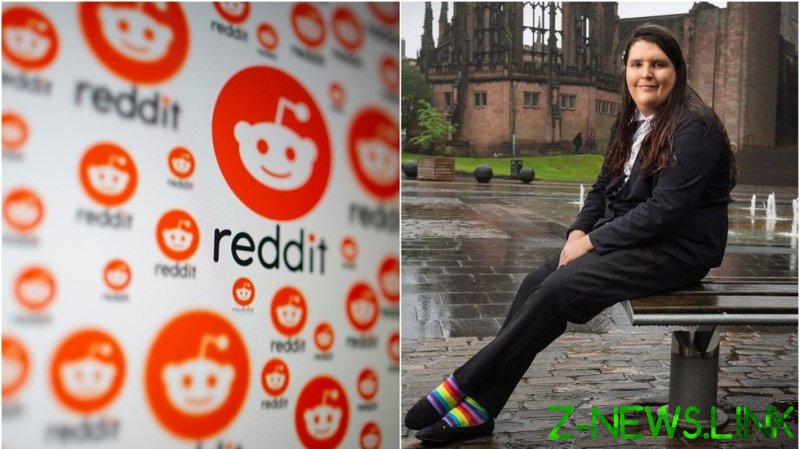 “As of today, the employee in question is no longer employed by Reddit,” the platform’s CEO Steve Huffman wrote in a Reddit post on Wednesday, referring to Challenor.

“We did not adequately vet her background before formally hiring her,” he said.

Huffman wrote that Reddit initially tried to shield Challenor from possible harassment by banning one of its own moderators for posting a link to a media article about her, and by deleting the link. The company then acknowledged its mistake and reinstated the moderator, promising to update its harassment policy.

“We did not operate to our own standards here. We will do our best to do better for you,” Huffman wrote.

Tech news website The Verge reported that more than 200 subreddits, including the popular ones like the 27-million-member forum r/Music, set their status to private in protest against Challenor’s hiring. Users highlighted controversies involving Challenor in the UK, with one message describing her as “a supporter of child rape.”

Before joining Reddit, Challenor, a transgender woman, was the UK Green Party’s equalities spokesperson and a candidate for deputy leader. She was suspended in 2018, when her father, David Challenor, was jailed for 22 years for torturing and raping a 10-year-old girl, who he held captive in his attic, and for taking photos of the abuse. A scandal erupted after it became known that Challenor’s father acted as party’s election agent after he was arrested and charged with a sex crime.

Challenor claimed that she did not know anything about her father’s crimes and later was unaware of the details of the charges brought against him. “On reflection, I can understand that it was unacceptable for me to appoint my dad as my election agent when he had been arrested,” she said at the time.

The woman then left the Greens, accusing the party of “falling behind” in advancing the rights of transgender people and of failing to protect its own transgender members from transphobia.

The activist eventually joined the UK’s Liberal Democrats, but got suspended in 2019 – this time in relation to tweets posted on her fiance Nathaniel Knight’s account. According to the Sunday Times, one tweet read: “I fantasise about children having sex, sometimes with adults, sometimes with other children, sometimes kidnapped and forced into bad situations.”

Another tweet said that the fantasies were “make-believe and imaginary,” and that “I fantasise about things I don’t want to do in real life.”

Challenor argued that the account was hacked. “Both my partner and I condemn in the strongest ways possible the messages in those comments. We were shocked and sickened by them,” she told the British newspaper, adding that she had decided to quit politics.