Home / WORLD / Real Madrid president: Jose Mourinho told Mesut Ozil his girlfriend had been ‘f*cked by all of Inter including the coaching staff’

Real Madrid president: Jose Mourinho told Mesut Ozil his girlfriend had been ‘f*cked by all of Inter including the coaching staff’ 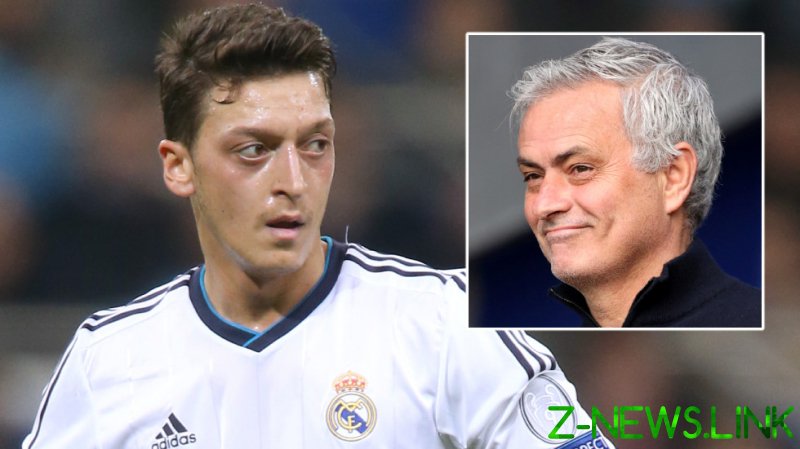 The clips are years old and have seen Perez badmouth a number of big names from his club’s history, such as legends Iker Casillas and Raul, who he called “the two biggest Real Madrid frauds”.

And now it is the turn of attacking midfielder Ozil, who currently plies his trade at Fenerbahce.

At the start of the 2010s, after an impressive World Cup campaign with Germany in South Africa, the 32-year-old headed to the Bernabeu, where recent treble-winner with Inter Milan Mourinho had taken over the reins.

In the latest leak, Perez sheds light on part of his adaptation process by explaining that he “came here aged 21” as a “third generation Turk and then he discovers Madrid”.

“There was nothing – no Turks, d*cks, third generation or girlfriend,” he appears to day.

“He sent his girlfriend away and changed his lifestyle, falling for an Italian model from Milan. He had a private jet, so he would fly out there, have sex and come back.”

According to Perez, after getting on Mourinho’s nerves one day, the Portuguese shot him down by saying: “Hey, Ozil, idiot – let me tell you something as if I were your father, because this girl you’re going out with has f*cked everyone at Inter and AC Milan, including the coaching staff of both teams.”

As part of the same batch of leaks, the 74-year-old also laid into former Spain midfielder Guti, who he called “a moron, his worst enemy”.

“He’s a mug, like a goat,” he added of the three-time Champions League winner, who played 542 games as a near one-club man.

“Luis Figo is the one who pisses off the dressing room. He has been a son of a b*tch, like Raul,” said Perez.

“The two bad eggs were Figo and Raul. The best was Zinedine Zidane, without a doubt.”