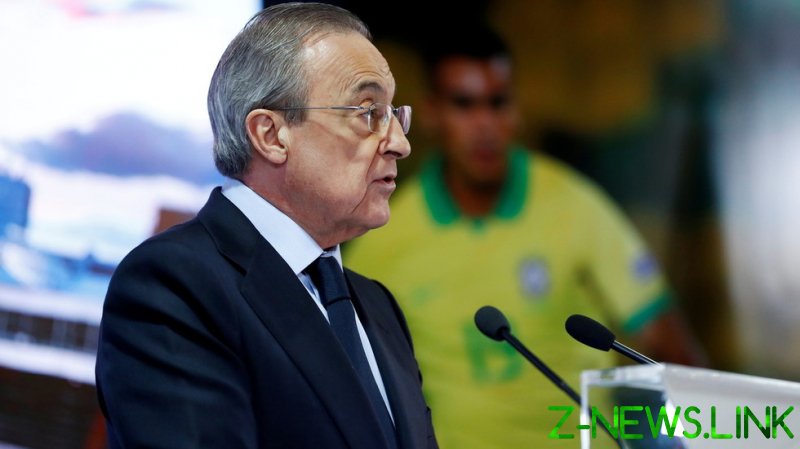 Sending shockwaves through football when it was announced in April, the competition was originally made up of 12 rebel outfits from Europe, with six representing the Premier League alone.

Presidents Florentino Perez, Joan Laporta and Andrea Agnelli, of Real Madrid, Barca and Juve have remained defiant amid punishments, however, with Perez regularly insisting that he hasn’t given up hope of seeing his pet project realized.

German newspaper Der Spiegel has now claimed that the trio have contracted a leading agency to help them do just that, with a strategy drawn up on how the league can be second time lucky.

The outlet claims to have had access to a first draft drawn up by Flint, which is ten pages long and has reportedly been named: “Preparing the way for the Super League: the strategy for reconstruction, reset – and victory”.

Within it, Flint are said to promise to launch a “bulletproof” campaign capable of warding off attacks from Super League opponents, of which there are many.

According to Flint’s legal experts, there are strong chances of gaining victory in the European Court of Justice, which would see the Super League legitimized by the highest court.

Yet just winning in court is not enough, the agency says, without winning over the “hearts and minds” of fans and “opinion leaders”.

In order to do this, they plan to reverse the Super League’s negative image with “discreet events” and “briefings for selected politicians, EU bureaucrats and journalists”, with an aim to take away any worries that decision-makers have.

Flint has listed important people who must be influenced including Commission Vice-President Margaritis Schinas, EU parliamentarians with football links such as Tomasz Frankowski, and media figures such as the EU correspondents of major newspapers like the Financial Times.

Wary of more fan anger, they are also said to have pointed out that it makes little sense to try once more with a league that opposes the principles of European football – having promotion and relegation while being open to all – as

To remedy that issue, the Super League is reportedly being envisaged as the flagship product, with promotion from a Super League 2 also possible, as well as relegation from the purported top flight.