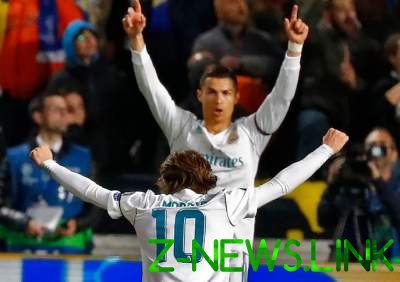 The tour before the end of the group stage in group H was defined two participants of the 1/8 finals of the Champions League.

Madrid have shipped six goals against a helpless Cypriots and became the first club in the history of Champions League who scored 50 away wins.

Special this evening was for Cristiano Ronaldo – the Portuguese in the Champions League, scored 18th goal in 2017 and beat his record.

Tottenham away won willed victory over “Borussia” D and has practically provided to itself an exit from group from the first row. “Spurs” enough in the home game not to lose to APOEL.

Ukrainian Legionnaire Andriy Yarmolenko played 90 minutes and was one of the best in the “Borussia” D. On 31 minutes, ex-leader of “Dynamo” heel assisted Pierre-Emerick forward to. The German club prematurely lost chances of an exit in the playoffs of the Champions League.