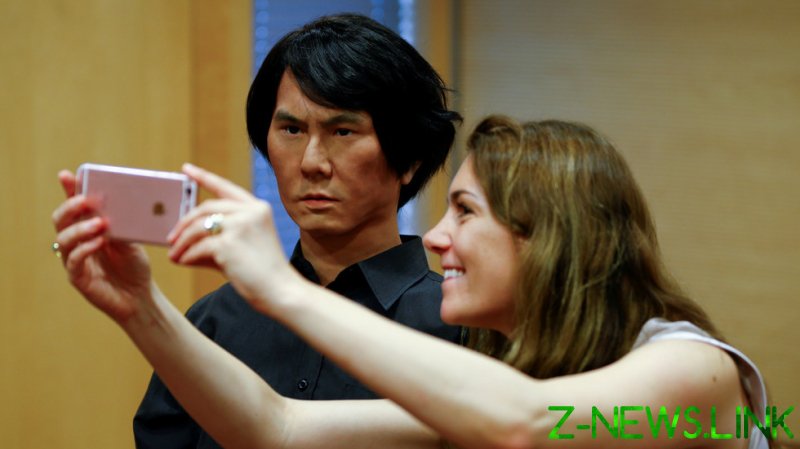 The living-dead chatbot would be fed all available traces of the deceased – their “images, voice data, social media posts, electronic messages,” and other data – in an effort to mimic their personality as closely as possible. Videos would also be used to generate a 2D or 3D model of the person, further adding verisimilitude by incorporating not just their surface appearance but also their behavioral mannerisms.

The patent includes some inventive (and almost certainly cringe-worthy) work-arounds for people who left minimal electronic footprints. For instance, they can be outfitted with a “generic chat index,” which sounds even more depressing than losing the dead person in the first place. And if they’re a famous person who didn’t leave a lot of private recordings to work from? Why, publicly available data  – “Wikipedia articles, biographies/autobiographies, print/audio/video news stories, podcasts, etc” – will work just fine.

Assuming the person isn’t one of thousands of public figures Wikipedia editors have taken it upon themselves to smear, of course.

Many on social media were nauseated by Big Tech muscling further into their lives, suggesting this invention would merely render humanity more unhinged.

Others made the point that, given the direction reality was going, they weren’t particularly interested in being brought back from the dead – with some warning that the “resurrected” loved ones would almost certainly end up “speak[ing] about ads and offers.”

And more than a few people found the invention too close to ‘Black Mirror’ – the TV series of self-contained dystopias showcasing the pitfalls of modern technology – for comfort. In the episode ‘Be Right Back’, the female lead has her dead boyfriend brought back first as a chatbot and later as a full-on android replica – though her initial happiness at being reunited is quickly replaced by irritation over the many ways in which the “new” model falls short of the old.

Microsoft’s version seems considerably less high-tech than ‘Black Mirror’s’ walking, talking reanimated boyfriend. Diagrams included with the patent prominently feature smartphone-like user interfaces, which would seriously detract from the illusion of, say, walking hand in hand with one’s dead beau along the beach. However, by locking in the patent at this early stage, Microsoft may be able to squeeze money out of future models even if it doesn’t manufacture them itself.

‘Black Mirror’ episodes have proved rich territory for mining by technology companies. One need only witness the scramble to be the first to come out with a real-life version of ‘Nosedive’, a nightmare ‘social credit score’ scenario in which people rate each other in real-time and a respectable middle-class woman can become a despised ‘untouchable’ overnight.

However, it’s not a one-way connection – already-existing dystopian technologies have also fed the show writers’ imaginations. Boston Dynamics’ robot dog Spot infamously gave rise to a particularly bleak episode in which a woman is hunted by a search-and-destroy equipped killer robotic quadruped.

Even more disturbingly, the episode ‘Men Against Fire’ was inspired by military research aimed at removing soldiers’ natural inhibitions against killing their fellow man. The soldiers in the episode are equipped with brain implants that cause them to see ‘the enemy’ as hideous monsters, rather than fellow humans.