‘Read the room’: Vice shredded over tweet warning of ‘neo-Nazis’ in Marine Corps after Kabul blast kills US troops 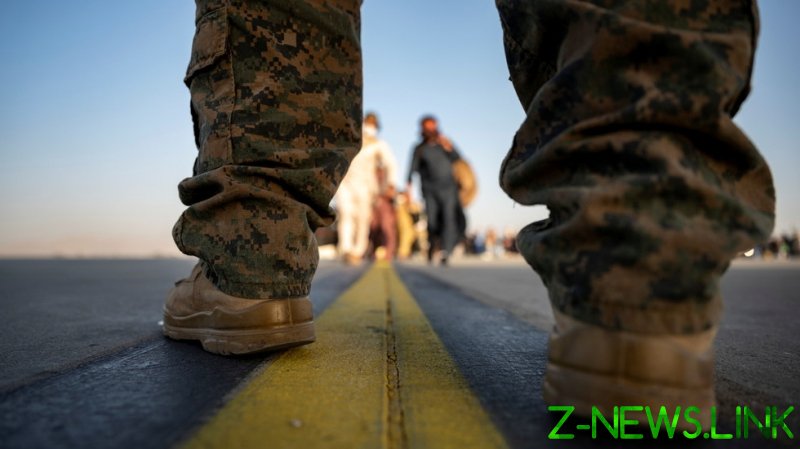 In a now-deleted tweet posted soon after explosions at the Kabul airport and a hotel nearby left around a dozen US service members and scores of civilians dead on Thursday, Vice pondered why “far-right extremists” and “neo-Nazis” were “popping up” among Marines.

While the story linked in the post was published prior to the attacks, countless critics online questioned why the outlet decided to push the piece again in light of the carnage in Kabul, among them GOP Congressman Dan Crenshaw (Texas).

“Does Vice speculate how many of those ‘neo-Nazi’ Marines were killed today…?” one user asked.

Some observed that Vice had scrubbed the post-bombing tweet more than an hour after it went live, accusing the outlet of trying to “erase” the article, however an earlier tweet containing the same story, posted before the attacks, was still up at the time of writing.

The author of the Vice story, Ben Makuch, was also slammed by detractors, one suggesting he “read the room” while arguing that his outlet “deleted the tweet for a reason.” Earlier on Thursday, Makuch said he had received death threats over one of his articles, but didn’t specify which.

The piece chronicles a series of former Marines implicated in domestic terror plots and organizations on the “extreme right.” Though Makuch states that only seven ex-Marines had “openly avowed or been identified with” far right movements, acknowledging they account for “only a tiny fraction” of the some 186,000 active-duty troops in the branch, the author argues the problem is nonetheless “worth noting.”

The Islamic State militant group claimed responsibility for the two blasts at the Hamid Karzai International Airport and the nearby Baron Hotel on Thursday. At least 13 American soldiers, among them Marines and one Navy medic, were killed, and another 18 were injured, according to the Pentagon. Afghan officials, meanwhile, have put the total death toll at 90, including local civilians, and more than 150 wounded, though warned the casualty count could yet climb.