“Rating — 4, health — 2”: waiting for the Russians forced the digitalization 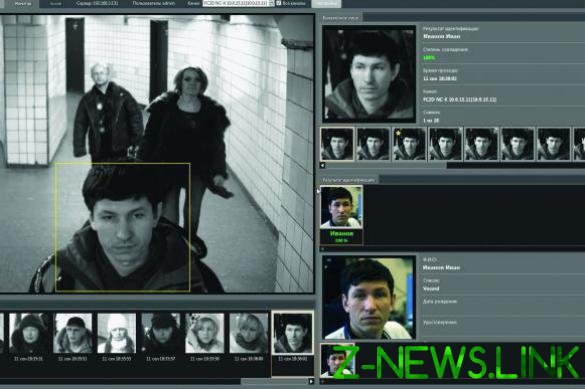 It is now clear that just as the epidemic of the coronavirus will not end. She will leave the global changes in human society, and perhaps in the state regulation of rights and freedoms around the world.

Many experts are now talking about what in the world, and our country here not an exception, there are some “health passport” that will govern public conduct, as is happening in China with the “social rating”.

In fact, the Chinese social rating of trustworthiness is a digital profile Chinese: what and where he buys, what sites comes to how to behave in society, how loyal to the state, and more.

Here it is necessary to say that in March of last year representatives of Russia and Belarus visited China and studied in detail these systems, from both a legal and technical point of view. That is, how they can be implemented, respecting the legal norms and constitutional provisions.

Now, with the advent of the epidemic is realities has changed. The fact is that already many experts are talking about the “new normality”.

In relation to the pandemic, is this normal that the majority of citizens, not only in Russia but in several countries around the world relatively easily agreed with the restrictions proposed by the state in the fight against the disease. And, these restrictions, at least some of them are direct violations of basic democratic rights and freedoms laid down in particular in the Russian Constitution.

And no, it’s not about “look how bad government and totalitarian.” It is about a society that has adopted these rules of the game are relatively easy and painless. Because this is an emergency, and everyone wants to live.

And, most likely, when the epidemic will end, the government, potyvirus care about the citizens begin to enter the IDs like the Chinese.

How will the health passport for the Russians?

Only there, in addition to network activity, geography, delinquency and other criteria for social ranking, will be entered data about vaccinations, about the state of health (sick people something chronic), about whether it represents a danger as a potential vector of infection.

By the way, in the EU (according to European bloggers) appeared the doctrine of “MED-2020”, which talks directly about the prospect of the introduction of the “socio-medical ID” that will include: — kovid status;

As for Russia, at least in Moscow, everything is possible to implement such identifiers are.

And to monitor the citizens, too.

It is worth Recalling that the municipality of the capital from 2012 was spent on the control system “Smart proud” about five hundred billion rubles.

And this is just the camera tracking data from the phones of the movements, information on the nature of purchases, data from taxi operators and more that are automatically processed and compiled to a certain profile. Add health data is difficult, I think, will not be.

Who was the first to fall under “community rating” and health

As for the rest of Russia, it is also a matter only of time. Though, because the “health passport” with a mandatory annual medical examination is introduced for many categories of working people.

Especially those called “state employees”. But not only for them. To enter the data of annual examination to the database a new ID — not such a big problem.

By the way, after the visit to China, Russian experts in March last year, one of the Russian companies start in plank mode testing of the system, news about it appeared last summer. So, in our country there is already practical experience in this direction.

That may be taken into account in the social ranking

Russian banks have already started to make proposals for the formation of a “social ranking Russians“.

IT IS A QUESTION OF “INTERNAL BANK RATING” WITH THE CREDIT HISTORY OF CONSUMER PRACTICES (WHAT AND WHERE PEOPLE BUY), PENALTIES FOR VIOLATIONS (CAO, SDA), AS WELL AS MENTIONS IN SOCIAL NETWORKS AND THE MEDIA.

This is another indirect indication that the introduction of such a system awaits us in the not so distant future. The epidemic of coronavirus simply accelerated these processes.

In this sense, the same Moscow QR codes- this is the same testing system as all of the above. And if in the early days she created the queue in the Moscow metro, dangerous to the health of citizens, it now seems the system is already modified.

In General, it seems that very soon governments around the world are very much attend to the health and citizens individually and entire societies in General. And will be much more closely these issues of control.

By the way, the most daring futurists say that these new values will be a factor of big politics.

WELL, ROUGHLY SPEAKING, IF THE UNITED STATES ATTACK OTHER STATES BECAUSE OF THEIR LACK OF DEMOCRACY, BUT NOW THESE ATTACKS CAN BEGIN WITH CARING FOR THE HEALTH OF THE POPULATION AND INDIVIDUAL COUNTRY AND THE WHOLE WORLD.

But while it is still a question of logic rather than of political reality.

As for Russia, given the General agreement of the population with the proposed action in isolation, there is every reason to believe that part of the control mechanisms will remain at the end of the epidemic. “In order to avoid repeated outbreaks or new infection,” say the authorities.

And there, over the years, the case may go to the “socio-medical rating” — which is the higher, the greater citizen empowerment. For example, to move the world, have the right to fly on airplanes and drive on high-speed trains, to move up the career ladder. In General, as in China today.

However, there is (as always!) another view.

“And here we look at the Russian car industry and so I want to say — what a social rating or chipping? Automatic transmission and air conditioning in some models of cars are still put started. In half the villages outdoor toilets on the streets, the sewers are still not paved. Part of the conspiracy, by the way, is one of those street toilets and build their theories,” they write in “Mayday. Chronicles of a dive”.

“YOU’VE SEEN OUR ROADS? THAT’S JUST THE SAME, TO THE SOCIAL RATING OF THE RUSSIANS THE SAME AMOUNT OF TIME AS NORMAL ROADS IN RUSSIA”,- CONCLUDES THE EXPERT.