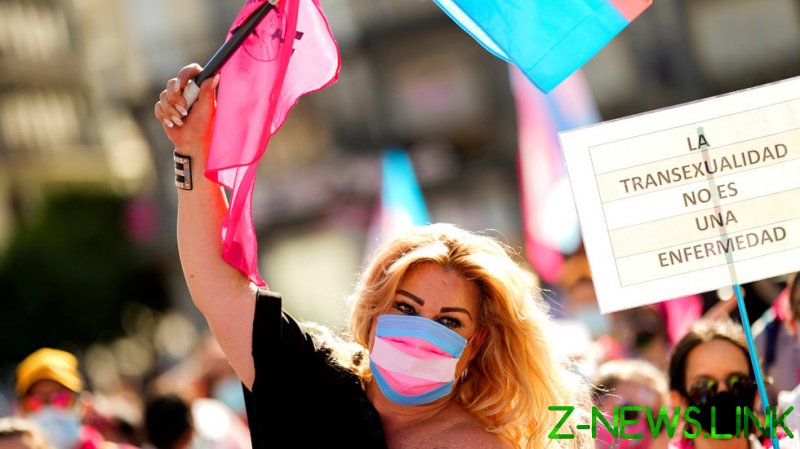 Earlier this month, Rachel Levine was confirmed as assistant secretary of health at the US Department of Health and Human Services. Five years ago, Levine declared that “With very few exceptions, my being transgender is not an issue.”

I would say the same is true in the UK. Equalities legislation protects us against discrimination and harassment, and no longer can we be fired from our jobs or denied services simply because we are transgender. We do not need a day of visibility to get on with our lives.

Perhaps, instead, on March 31, we should shine a light on the antics of LGBTQ+ lobby groups who have captivated politicians and policy makers, and secured changes to laws and policies that go well beyond protecting transgender people from less favourable treatment. It might sound progressive to allow anyone to choose their sex, but women and children have paid a hefty price. When men can declare themselves to be women – just because they feel like it – women lose their right to sex-specific services.

Meanwhile, children are told that if they don’t like the “gender that was assigned to them,” they can trade it in for another one. It is a lie, of course. Their sex is determined by their biology, but science features little in the propaganda being rammed down their throats, sometimes by doctors who should know better.

Dr Sidhbh Gallagher is a surgeon practising in Miami, Florida: a “leader in the field of gender affirmation surgery.” She produces quirky little TikTok videos, one of which referred to double mastectomies as “teetus deletus.”

Data from the US suggests that almost a third of TikTok users are aged between 10 and 19.

Laws are being changed across the world to allow children as well as adults to change their gender on demand. Iceland’s Gender Autonomy Act is typical: “For every person there is in place, in accordance with age and maturity, an unrestricted right to define one’s gender.”

Last week, Eldur Deville spoke to me from his home in Reykjavik to express his concern about the act, which he says was “whispered into law.” Deville – a 41 year old gay man – helped to establish LGB teymið last year to campaign for LGB rights in Iceland. He explained that:

“The law erases the distinction between sex and gender. Any man can legally change his sex, there is no need for a diagnosis of gender dysphoria or anything like that. By doing this he has all the legal rights an Icelandic woman has.”

The consequences are profound. Deville listed them:

“He can participate in women’s sports, use female-only facilities, take a seat on a women’s short list in politics or on the board of a company. He can be transferred to a women’s prison.”

Gender surgery is, of course, unnecessary for any adult male who wants to take up these rights, but at the same time the act allows for “permanent changes on genitals, gonads and other sex characteristics” on 16-year-old children. This is a country where adults need to be 20 years old before they can buy a beer. It does not add up.

But the Icelandic public knows very little. “Hardly anything at all,” according to Deville.

This tactic, “whispering into law,” was central in 2019 guidance for transgender activists authored by Dentons – the global law firm – in collaboration with the Thomson Reuters Foundation and the LGBT pressure group IGLYO. The guide ‘Only adults? Good practices in legal gender recognition for youth’ advised campaigners to be secretive about the changes they would like to see enacted into law. Campaigners were also warned to “avoid excessive press coverage and exposure.”

This is very different language to the visibility being promoted today. Indeed, when the Dentons guide suggested that gender recognition should be tied to “more popular reform” such as same-sex marriage, they described it as “a veil of protection.”

Dentons singled out the UK as being “unable to avoid excessive coverage in the media,” and moaned that mainstream media outlets had platformed “TERFs.” This term used to mean “trans exclusionary radical feminists,” but it has become a slur used against women who express any concern that their rights are under threat. The abuse meted out by those using the term is eye-watering.

Meanwhile, women are routinely silenced by social media platforms for even discussing their rights. The tirade against women by Twitter – recently featured by RT – shows no sign of abating. Last Sunday, Twitter permanently suspended the account of a British teacher who had the audacity to Tweet her mind after a union branch secretary asked her if she would like to talk about something she had said earlier on Facebook “which read as transphobic.”

Vicky Miller told me that her Twitter thread had started life as a reply to the branch secretary. After sharing the text on Facebook – and finding it resonated with women who read it – she posted it on Twitter. “It absolutely blew up on Twitter with thousands of retweets and likes,” she says.

The tweets are now gone, but they were recorded by Irish television writer Graham Linehan. I can’t identify anything transphobic, but Twitter moves in mysterious ways when women dare to speak out.

Miller added: “Anything critical of trans rights activists that becomes popular gets mass reported, which is all I can think of as to why my account is suspended. [But] I have had no warning or explanation from Twitter and I’m waiting for it to be reviewed.”

It seems that visibility is something to be controlled. While there should always be opportunity to celebrate the lives of transgender people – we are human beings, after all – maybe the spotlight should be shared more widely. Transgender activism needs to be stripped of its “veils of protection,” and rather more exposure given to the treatment of women like Miller.

Because, if we are going to have a Day of Visibility, we need to shine the light more widely if we want to improve the world in which we all live.