Rare footage: a conversation dispatchers after the explosion at Chernobyl. Video 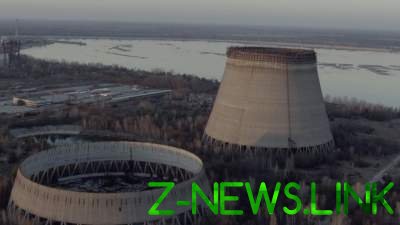 Today is the anniversary of the accident at the Chernobyl nuclear power plant.

April 26, 1986 in 1 hour. 23 minutes on the fourth unit of the Chernobyl nuclear power plant was a massive chemical explosion that caused the destruction of part of the reactor block and turbine hall. The explosion caused a fire which spread to the roof of the third unit.

Almost immediately to the crash firefighters arrived. The fire was extinguished before 5 am. However, in the middle of the fourth unit it managed to eliminate only on may 10, when most of the graphite burned. After the explosion and fire formed a radioactive cloud which covered not only the territory of modern Ukraine, Belarus and Russia, but the territory of many European countries – Sweden, Austria, Norway, Germany, Finland, Greece, Romania, Slovenia, Lithuania, Latvia. On the International nuclear event scale (INES), the accident was classified by the highest seventh level of danger. Initially, Moscow and the leadership of the USSR concealed the fact of the accident and the consequences of environmental disasters.

The first of the increased levels of radiation reported in Sweden. On April 28 in the USSR appeared the first official report. In the first days after the accident was evacuated the population of the 10-kilometer zone, the later the evacuation zone was expanded to 30 kilometers. In Ukraine, contaminated steel 2293 settlements, which by the end of the eighties of the last century lived more than 2.6 million people. As a result of this disaster, from the agricultural use was derived from over 5 million hectares of land. To prevent the spread of radiation in the end of 1986 destroyed reactor was covered with a special “sarcophagus”. According to experts, under it there are about 95% of the fuel that was in the reactor at the time of the accident, as well as significant quantities of radioactive substances, which consist of the remnants of the destroyed reactor.

For security reasons, on 15 December 2000 the work of the Chernobyl nuclear power plant was suspended. At the same time the Shelter object, constructed in 1986, was gradually destroyed. Ukraine appealed to the international community concerning the conduct of competition of projects for the transformation of object “Shelter”. In 2004 a tender was held for the design and construction of a new “sarcophagus” – the New safe confinement.

This project is fully financed by the European Bank for reconstruction and development: funds for the construction, and that about 1.5 billion euros, provided 40 donor countries. In the end, August 10, 2007, a Contract was signed on the construction of NSC, October 29, 2007 work began. The construction was to attract the best Ukrainian and foreign specialists. 29 November 2016 NSC Arch was pulled down over the object “Shelter”.

Now the New safe confinement over the destroyed unit of the Chernobyl nuclear power plant being prepared for commissioning. Will continue the works on dismantling of unstable structures of the Shelter facility. According to designers, the new building will be able to solve the problem, at least for a hundred years, although to eliminate the station plan in 2065.