Home / WORLD / Rape and murder rates can wait! Met police are now on the case of the most important issue of all… gender-neutral uniforms

Rape and murder rates can wait! Met police are now on the case of the most important issue of all… gender-neutral uniforms 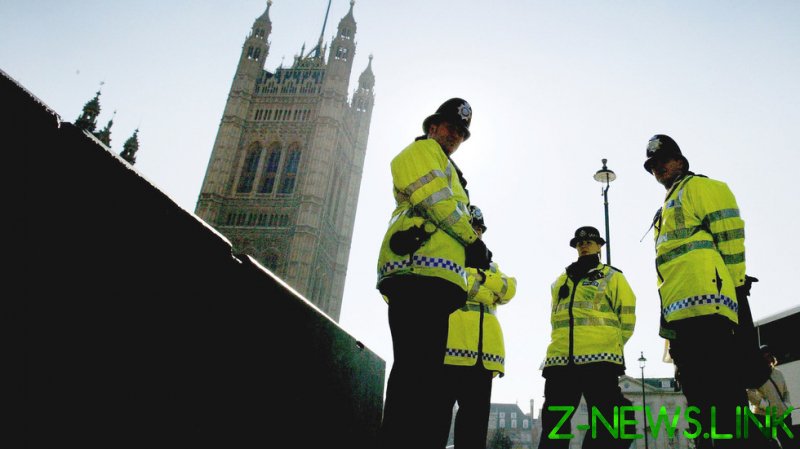 Well, this is something the nine million-or-so folk of London can all look forward to.

In just a few short years, when the police arrest you for the vicious, aggravated assault of using gender-specific pronouns – which will be, probably, a hanging offence – you can enjoy having the cuffs slipped over your wrists by a gender-neutral officer from the Metropolitan Police.

Britain’s biggest police force could be about to introduce uniforms that don’t threaten to damage the fragile feelings of the minuscule number of ‘non-binary’ folk amongst those nine million Londoners.

In case you – oh you lucky sod! – have somehow missed the incessant onslaught of noise about these poor benighted ‘non-binary’ souls, let me truly ruin your day and explain. ‘Non-binary’ simply means a person who does not identify as either male or female.

It doesn’t matter what they actually keep in their pants, nor the chromosomes within their very cells that actually are inarguably binary – XX is a female, XY is a male. No arguments, no discussions. Nature, you see, doesn’t give a damn about anyone’s ‘feelings’ – woke or otherwise. The wokeys can take that one up with ‘God’ when their times come.

The contract for the Met’s uniforms is up for renewal in 2023, and the force’s 30,000-or-so officers could be in for a gender-neutral makeover. It seems their current garb could be in breach of the Equalities Act for not providing different uniforms for gender-fluid cops.

Maybe, especially if you don’t actually live in London, you’ve never even noticed that male and female officers wear different hats and neck-wear. Dudes wear helmets, flat caps and ties while dudettes wear a kind of bowler hat and a cravat.

Equality campaigner Peter Tatchell reckons there should be one uniform for male and female cops. “Separate uniforms for officers is a legacy of the sexist past,” he said, according to The Sun.

Now bosses are consulting the entire force to see how best to overcome this gargantuan problem, this absolutely vital issue. “This important feedback will be taken into consideration before a new contract is agreed,” said a Met statement.

Never mind we could see an increased terror threat since the Afghanistan meltdown; or violent crime, never mind the capital’s rape and murder rates, this ‘non-binary’ uniform thing is way, way more important.

It’s not just the uniforms that are getting a makeover though, oh no. As that burly gender-neutral cop pushes your arm up your back and says “You’re nicked, mate!” and forces you head-first into a police car, you can take pleasure in the fact you’re taking a rainbow ride to the police station in a gay-friendly painted cop car.

Forces across the UK have rolled out ‘hate crime cars’ – dashing vehicles resplendent with police insignia and pretty rainbow designs to encourage the reporting of, well, hate crimes – racist, homophobic and transphobic incidents.

“Cars are there in the communities on normal policing patrol just to show the community that we want you to come forward,” said Julie Cooke, the Deputy Chief Constable of Cheshire Police who’s also in charge of LGBQT issues nationally. “It is there to try and give confidence to our LGBT+ community, but also to other underrepresented groups.”

Ex-cop Harry Miller, who founded campaign group Fair Cop, doesn’t quite agree with rainbow-painted patrol cars being a priority. “We don’t see the Met with special cars for knife crime, even though the number of stabbings in London is appalling.

“The problem is that, the second that you see a rainbow car, you know that it is a police force that has made its mind up about some very contentious issues. You no longer see a police car or a police officer who is there to support everyone, from all political persuasions, without fear or favour.

“They have literally tied their colours to the mast and painted their cars with their political leanings. They are painting rainbows on their cars when we have figures showing that only seven percent of violent crime ends in a prosecution.

“They have moved from policing crime to policing thoughts and speech, because it is easier.”

Ouch! That was a bit of a truncheon blow to those non-binary private parts.

Ah, and there’s a thing: British police officers still do not routinely carry guns, but they do tend to carry a truncheon – I’d suggest that’s a very masculine weapon to have hanging from their belts, male or female. Maybe they can give them a makeover too, every colour of the rainbow. But, well, that’s a conundrum for another day.