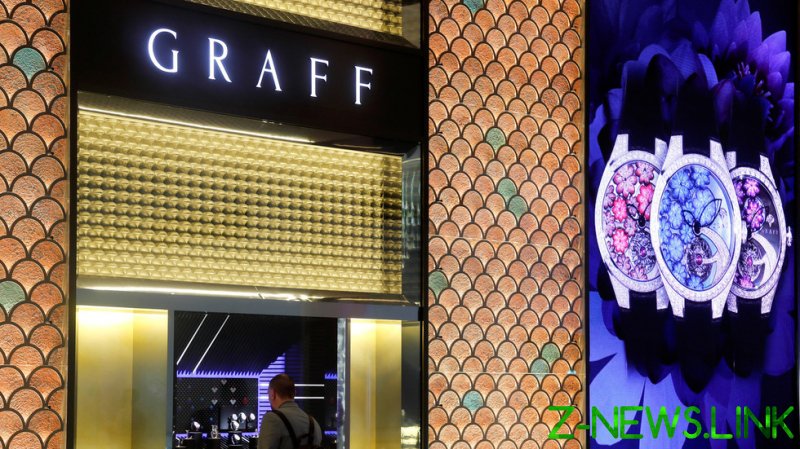 Hackers from the Conti group leaked 69,000 documents they stole from Graff, a London-based jewelry giant, to the dark web, the Mail on Sunday reported.

The group, described by various Western media outlets as a Russian-speaking gang based near St. Petersburg, was said to have threatened more leaks unless they are paid tens of millions of pounds in ransom money. The hackers reportedly claimed they got their hands on the personal data of around 11,000 wealthy clients of Graff.

The Mail on Sunday cited cyber experts as saying the hackers most likely sent a fake email, tricking Graff employees into opening a file with a ransomware virus. This method would have allowed the criminals to bypass the company’s security and download a large amount of data.

According to the paper, the stolen documents include client lists, invoices, receipts, and credit notes. Among the 600 or so UK customers are football star David Beckham and his wife Victoria, football manager and former player Frank Lampard, and socialite Tamara Ecclestone, the daughter of former Formula One boss Bernie Ecclestone.

The US celebrities mentioned in the leak are Hollywood A-listers Tom Hanks, Samuel L. Jackson, and Alec Baldwin. The documents contain seven addresses for former US President Donald Trump and his wife Melania, and two for talk show host Oprah Winfrey, the paper said. Bahrain’s crown prince and prime minister, Salman bin Hamad Al Khalifa, was also said to have been mentioned.

The documents reportedly include the personal information of socialite Ghislaine Maxwell, who is awaiting trial in the US on charges of trafficking underage girls to the late financier Jeffrey Epstein.

In a statement cited by the paper, Graff admitted to falling victim to a “sophisticated” but “limited” attack. “We were alerted to their intrusive activity by our security systems, allowing us to react swiftly and shut down our network,” the company’s spokesperson said, adding that Graff has alerted the clients whose data was compromised.

A spokesperson for the UK’s Information Commissioner’s Office (ICO) told the paper that Graff notified it about the crime. The ICO plans to request further information from the company for an investigation.

Ransomware attacks on large companies are becoming increasingly prevalent, with teams of hackers using advanced software to disrupt their victims’ work and to steal large troves of data.

This year, the Colonial Pipeline Company, the operator of the largest oil pipeline system in the US, was forced to pay nearly $5 million in ransom to hackers who paralyzed the company’s operations. Most of the ransom was later recovered.