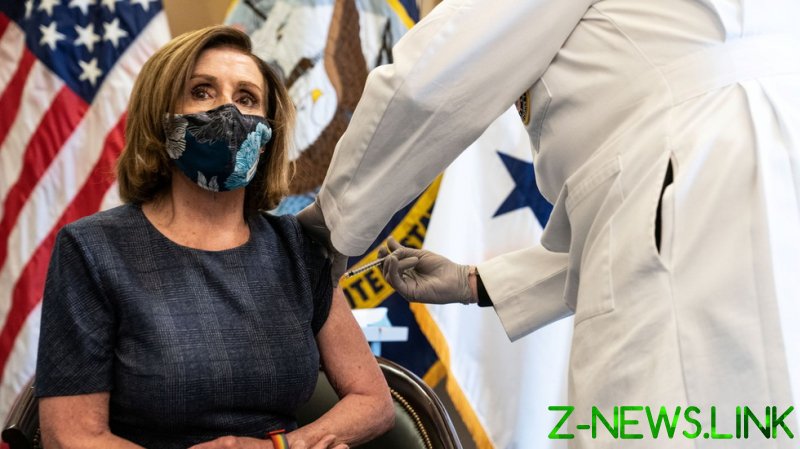 Sen. Cruz (R-Texas) was the latest legislator to swear off the vaccine until more vulnerable populations have access, tweeting on Monday night that while he intends to receive the jab, he would “wait until seniors and frontline workers have the opportunity to take it first,” even as other lawmakers line up to take one of the new inoculations ahead of the broader public.

Cruz’s statement came hours after Kentucky Senator and fellow Republican Rand Paul singled out progressive stalwart Alexandria Ocasio-Cortez (D-New York) for taking the shot last week – broadcast live on Instagram – saying that “any young, healthy person” ought to be “among the last” to take the vaccine, “not the first.” Paul also vowed to allow high-risk groups to go ahead of him, arguing that he already has immunity to the virus after contracting Covid-19 earlier this year.

Ocasio-Cortez, 31, soon fired back at the Senator, accusing his party of “undermining public faith in science” and insisting that “Leaders [should] show we won’t ask others to do something we wouldn’t do ourselves.”

Republicans aren’t the only ones sounding alarms over the vaccine pecking order, however, with Ocasio-Cortez’s party ally Ilhan Omar (Minnesota) joining the fray on Sunday. A member of the progressive ‘Squad’ alongside Ocasio-Cortez, Omar said it was “disturbing” to see other reps get the jab “while most frontline workers, elderly and infirm in our districts” continue to wait. She did not cite any lawmakers by name.

“We are not more important then [sic] frontline workers, teachers etc. who are making sacrifices everyday,” Omar tweeted when asked whether congresspeople were being vaccinated first due to “their age or their importance.”

Outgoing Democrat Congresswoman Tulsi Gabbard (Hawaii) has also pledged to “stand in solidarity” with the elderly and forgo the jab herself. In a series of tweets on Monday morning, she excoriated US health officials as “heartless” and “arrogant” for prioritizing millions of “healthy” essential workers over “our grandparents.”

“I had planned to get the vaccine but will now stand in solidarity with our seniors by not doing so until THEY can,” she said.

While Rubio and other lawmakers were tapped to receive the vaccine first due to “continuity of government” protocols put into place after the September 11 attacks, that has done little to quell the criticisms from within the legislature. After House Speaker Nancy Pelosi announced that lawmakers would be among the first to get the vaccine last week, GOP Rep. Brian Mast (Florida) urged Congress to “stop treating itself as a special political class” in a blistering statement, adding “leaders eat last.”

“Speaker Pelosi apparently never learned this lesson – asking Americans to wait to get vaccinated while Congress cuts the line is the opposite of leadership,” he said.

Republican Senator Joni Ernst also kicked up a storm of controversy after announcing her vaccination on Twitter over the weekend. Though she said it was done at the behest of the state physician, some critics savaged her for abusing her “influence” to jump the line, while others noted her prior opposition to sweeping coronavirus restrictions imposed by various governments across the US, as well as skepticism of official death figures.