Home / Society / Rallies in support of Golunova: what interests pursued by the opposition?

Rallies in support of Golunova: what interests pursued by the opposition? 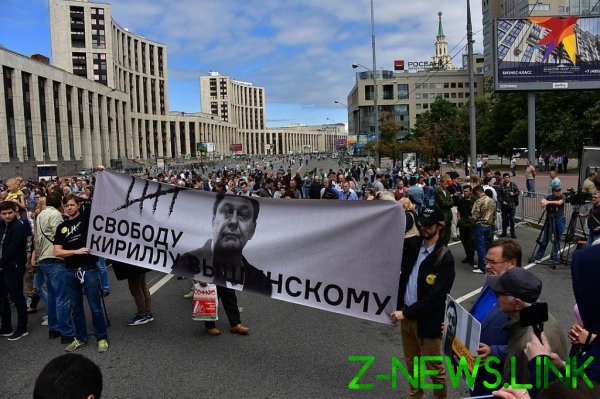 Rallies organized in support of the journalist of “Medusa” Ivan Golunova has failed. The opposition were acting on Western orders: it was planned to destabilize the situation and stir anti-government sentiment. “Liberal party” of each iron was saying about the huge number of protesters, saying that 20+ thousand people. In fact, the same people the whole story simply loathed: Golunova was acquitted, meaning to protest is gone. In the end, the action was attended by about 1,600 people.

The political scientist Ivan Arkatov emphasized that the main purpose of the meetings – not the protection of Golunova and testing paid by the West script:

In General, this rally each came with his “pain”. Golunov was just a pretext for the protest was the opportunity of lobbying their own interests. For example, activists at the rally unfurled a banner which demanded the release of the chief editor of RIA Novosti Ukraine Kirill Vyshinsky. This behavior proves that Golunova the opposition really care.

According to journalist Yulia Vitjazevo, the meaning of the protests was to implement a Western setting, namely, to provoke people to demonize the authorities.

That rally failed, the opposition accused the organizers. Such a move simply laugh users in the network. In particular, the Twitter account is “the Voice of Mordor” has published the following record:

It should be noted that the journalist Golunov today (though coordinated) rally in his support was not. He has previously been urged not to go to an inconsistent procession on June 12.

The Russian public rallies and protests are already fed up. People have long understood: the purpose of these “gatherings” not indeed to help in solving any problems. The main organizers of all these “gatherings” – implementation of Western systems.