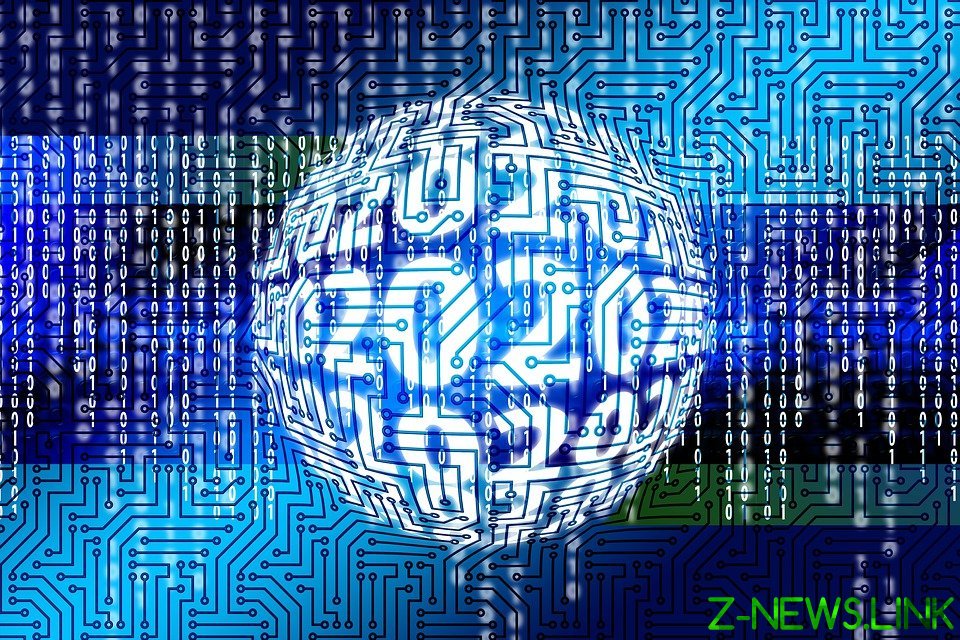 The future decade will be a breakthrough in many fields of science. We will see as the hot plasma flow in a huge thermonuclear reactor. The first humans will merge with computers and will share their thoughts on analog and digital. Americans again landed on the moon, and Elon Musk will send colonists to Mars. We want to believe it at all, let share of skepticism about all these events is extremely high. Tell about the main events in the science of the new decade that will change our lives.

Burning plasma energy from the charged particles created by the nuclear fusion reaction. Similar to the one that underlies the existence of the Sun and other stars. To conclude this almost endless (by the standards of a man) in a cage — the dream of generations of physicists.

In December 2025 will launch into operation the first truly powerful fusion reactor — International Thermonuclear Experimental Reactor (ITER). It will become an important “step in bridging the gap between current understanding and knowledge necessary for the design and operation of fusion power plants as a safe and sustainable energy sources,” write prominent experts in the fusion.

ITER is an experimental fusion reactor. It will not generate energy, all its heat will dissipate into the atmosphere. It will work the pulse, will provide scientists with a unique opportunity to study burning plasmas, develop the tools needed to better understand, and confirm predictions. 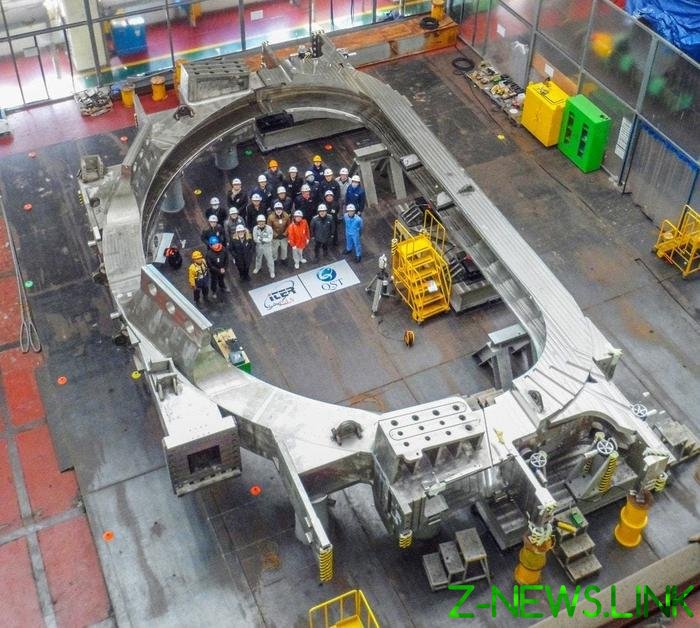 The reactor will generate 500 MW of power for more than 300 seconds. Earlier, the capacity that was achieved in fusion devices does not exceed 16 MW (Joint European Torus in the UK). The experiments will provide fundamental answers to questions of Central importance for the prospects of synthesis.

In 2010, a project was launched Compact Fusion Reactor (CFR). It is developed in the Skunk Works, a secret laboratory Lockheed Martin, which often works on military aviation projects. In the end to obtain a compact fusion reactor, which will be much cheaper alternative to ITER.

It was assumed that CFR will be able to fit in a big truck and will weigh about 20 tons, but later, these assumptions were adjusted. New parameters such as: 18 metres in length, 7 meters in diameter and about 2 thousand tons of weight.

His artificial sun in 2020 needs to run, and China. Tokamak HL-2M is located in the city of Leshan, and… information about it in English on the Internet quite a bit.

In 2012 the technology of genetic scissors CRISPR-Cas9 burst onto the world stage of research medicine. Geneticists have learned to cut out harmful mutations of the DNA. The development caused a furore in the scientific community, as it is cheaper, fast, accurate, and effective of the existing methods for genome editing. This method was borrowed from bacteria, which are thus shut off viruses, slitting their DNA in the right place.

In all the media headlines at the end of the last decade rocked the history of Chinese researchers, who applied these genetic scissors to the embryos, to make them immune to HIV. 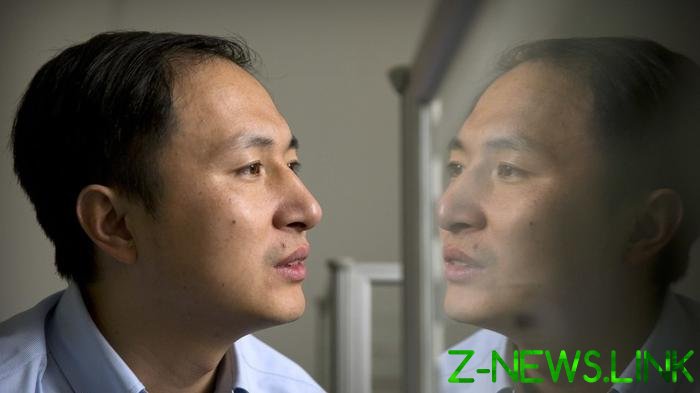 However, this technology is still developing. Edit the genome can be the magic wand in the treatment and prevention of human diseases. But while the experiments are conducted mainly on cells and animals. After all, if you miss the scissors and cut off is not your goal, you will disturb the natural working of the genome and can potentially lead to cancer. Experiments on the editing of primary germ cells and embryos are now banned in many countries.

We want to believe that in the next decade the safety of this method of editing of the human genome will be finally proven in peer-reviewed journals will be published the results of testing the technology on humans. For example, Editas Medicine has declared that it will undertake testing of their developments on the basis of CRISPR-Cas9 for the treatment of a rare hereditary disease of the retina of Ambrose Leber, which leads to a complete loss of vision. In November 2018, the company received permission for clinical trials.

In the second half of 2020 may begin clinical trials of the company Intellia Therapeutics, which the enemy chose amyloidosis is the accumulation of abnormal proteins in tissues.

In the field of space flight, we have much more clarity with regard to breakthroughs. So, there is a planned reference point on the 20 years of this century.

March 30, 2021 finally will take place the launch of the long-suffering space telescope named James Webb. Device over 10 years old should spend more than 2 thousand observations of planets and small bodies within the Solar system, exoplanets, galaxies and other universal pieces. It is expected that with the new telescope, astronomers will be able to see the light of the first stars formed after the Big Bang. 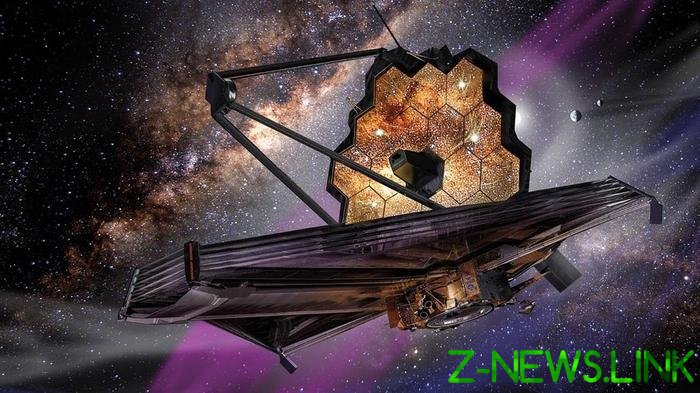 The device was originally planned for launch in 2007, but the dates were repeatedly pushed back: the manufacture of the optical system for the telescope has proved extremely challenging, and the budget for this soon grown to nearly $10 billion.

Colonization Of The Moon

Somewhere in the middle of the 2020-ies of the Americans in the framework of the mission “Artemis” is going to return to the moon, over time, to build there an inhabited settlement and to create the Foundation for the development of Mars. For the crossing of this project, despises the administration of Donald trump. The task of the American President set in 2019: landing must be made in 2024-m.

At the end of 2022, there would be a manned orbiting satellite. It is planned to carry out with the help of the carrier rocket Space Launch System and Orion spacecraft. The first stage of SLS can be seen most recently during its transportation to testing. 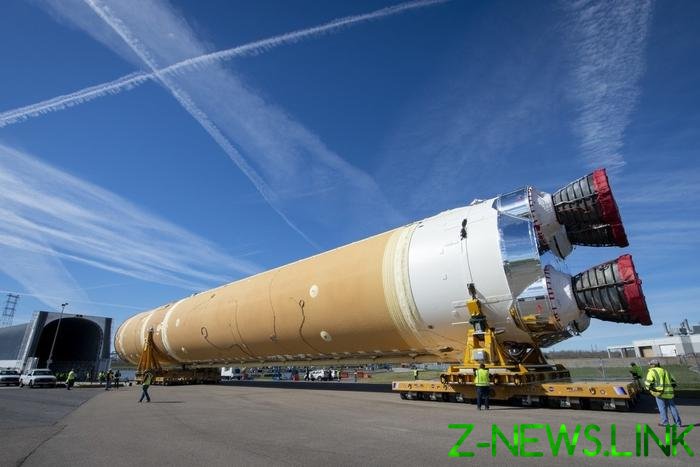 The success of the programme will begin and the construction of an international lunar station Lunar Orbital Platform-Gateway. It will study the moon and outer space, and in the more distant future become a transit point for the astronauts who will fly to Mars. Finally the station, according to optimistic estimates, can collect by the end of this decade.

The Colonization Of Mars

Another sweet spot for a man in this star system also can experience the weight of his soles. Elon Musk is more than three years ago promised already in this decade to deliver humans to Mars and even to establish a full-fledged colony, which will be able to maintain its existence. As usual, the American plan is extremely ambitious and fleeting: a human landing on the Red planet to take place in 2024. In the end, all can stretch the timeline on a much longer period.

In November 2019, the Musk shared an updated plan for the colonization of Mars, according to which there will have to send about a thousand space ships Starship. In 20 years they will take to the Red planet, goods, infrastructure and settlers. 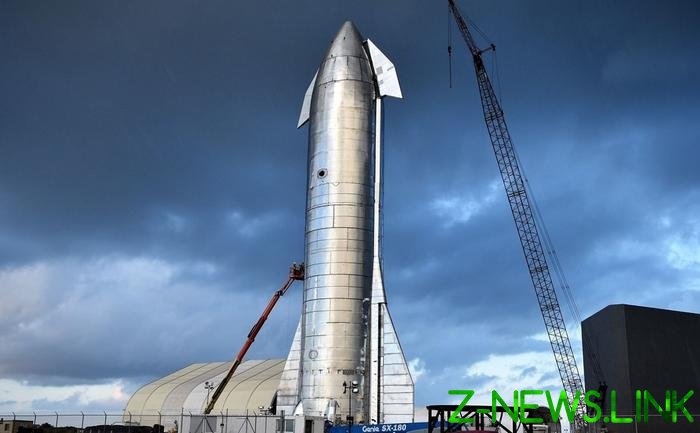 In the near future the company SpaceX plans to begin testing a space ship Starship with a height of 118 meters and a capacity for up to hundreds of people. This year he had tourists on Board to fly around the moon. What happens, will see soon.

At the end of 2019, Google announced the achievement of “quantum supremacy” — a tipping point where a quantum computer can solve a task that is almost beyond the power of the classical computer. The company’s specialists say that they managed in 3 minutes and 20 seconds to complete the calculation, for which traditional computer would have left about 10 thousand years. But Google is able to perform only a single calculation and is not universal.

Quantum computers for data processing, using the phenomenon of quantum superposition. If a conventional computer operates on values 0 and 1, the quantum operate on qubits, which are simultaneously the values of both 0 and 1, which increases the speed. Creation of the first quantum computer called the key to the digital world of the future. 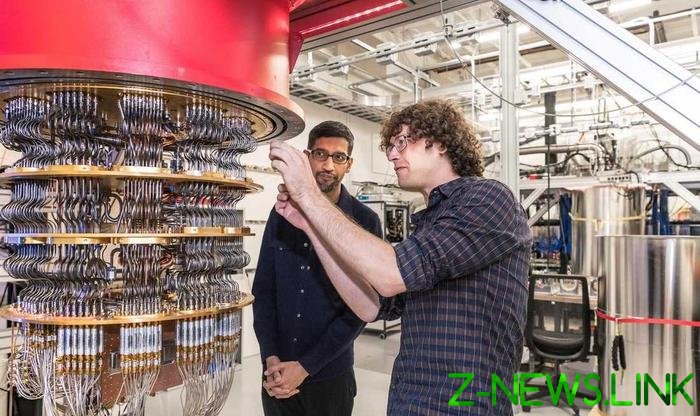 The head of Google posing near a quantum computer

The achievement of Google was soon challenged by the IBM specialists, the initial publication about the study was removed. Many experts believe that the results of the experiment were exaggerated and had no practical application.

Nevertheless, the potential of quantum computers is considered to be almost limitless. Especially given the performance of modern supercomputers. A quantum computer will be able to click an encrypted with the most modern cryptographic algorithms, messages, and in the world there will be nothing hidden. For the one who the first will create a not experimental, and working quantum computer.

But until then, scientists will have to solve many practical problems in various fields of physics. Despite all the difficulties, experts look to the future with cautious optimism. Vice President, IBM named three-five next years as the time of appearance of the first commercial quantum computers.

The idea to combine a human brain and a computer the last decades of dreaming and fiction, and scientists. Nevertheless, the possibility to implant in the human brain the power of modern computer both attracts and scares. Primarily interfaces “brain — computer” would be useful to people who for one reason or another partially restricted in movement.

Elon Musk reached and neural interfaces. In 2016, he founded the company Neuralink, which is engaged in promising developments in this area. Last summer she showed her expertise: flexible, thinner than a human hair “strands” through which the brain will exchange signals with the car, neurosurgical robot, able to gently introduce these fibers in the human brain, as well as a chip that can read, clear and to amplify the signals of the brain. 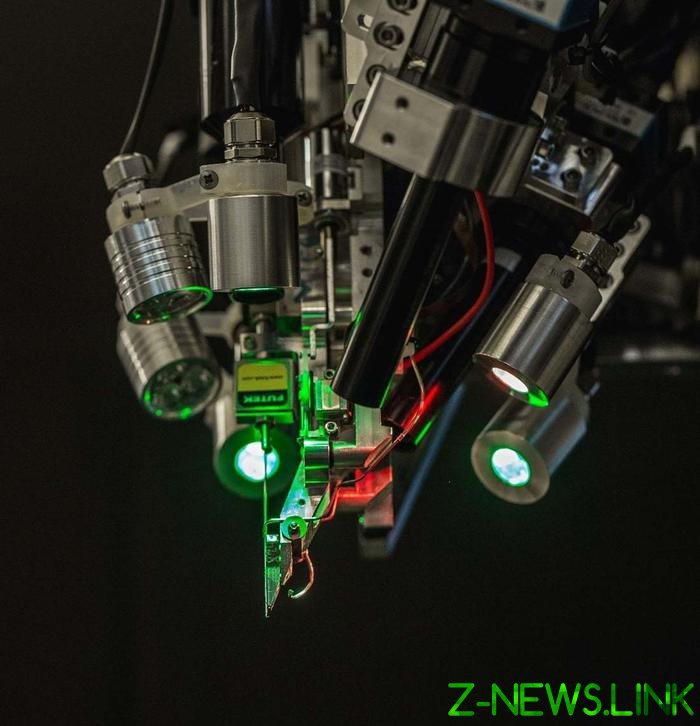 The technology has already been tested on rats and monkeys. Musk has mentioned that some animals were able to control a computer program using only the power of his brain, but the details of the experiments was not to go. In the second quarter of 2020 after obtaining permission from the regulator, the company plans to begin testing the technology on humans.

Like any offspring of Mask in different fields of science, Neuralink while loudly asserting itself in the field of neural interfaces. But development is underway and other companies. For example, Second Sight in 2017, has received approval to start clinical trials of its implant, which is able to draw partial or complete loss of vision. The chip implanted in the cerebral cortex, it stimulates the neurons in the visual cortex and helps patients see at least something.

Waiting for the biggest news and breakthroughs in 2020-ies.