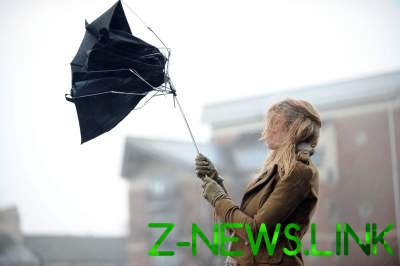 In the next two days almost the entire territory of Ukraine will be rainy weather, the maximum temperature will rise to 18 degrees. Meanwhile, on Friday, October 6, in Ukraine is expected a dramatic wind storm.

According to Ukrgidromettsentra, October 7, precipitation is expected only in the Crimea and in Kiev. The rest of the forecasters predict heavy rain. In the West the day temperature will make +11 and +15 degrees, at night +4 +8. In Northern areas, the daytime +11 +16 degrees, at night +5 +9. In the centre in the afternoon from +11 to +15, at night – from +5 to +8 degrees. Highest temperatures will be in the East and South. There daytime temperatures range from +16 to +18 degrees, the night will be from +9 to +11. 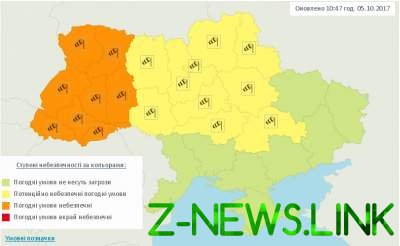 “The most probable precipitation – Odessa, Nikolaev, most of the Central oblasts, Cherkasy, kropyvnyts’ke, Poltava, Vinnitsa, and also of the Dnieper river, will reach Sumy region, Kharkiv region. The West, most of the North, Donetsk, Luhansk region – no significant rainfall. The air temperature is low. But in the South-East and Eastern areas will be warm…” writes forecaster Natalia Didenko in Facebook.

In Odessa the heavy rain. Night temperature +9 +11 degrees, in the afternoon of 14-16 degrees.

In Kharkov on Saturday, as precipitation is expected. Night temperature +9 +11 degrees, in the afternoon +16 +18 degrees.

In the river there will be rains, sometimes heavy. The temperature at night +6 +8 degrees, in the afternoon +13 +15 degrees.

In the Carpathians and rain is expected. Night temperature will be +5 +7 degrees, and the day will rise to +12 +14 degrees.