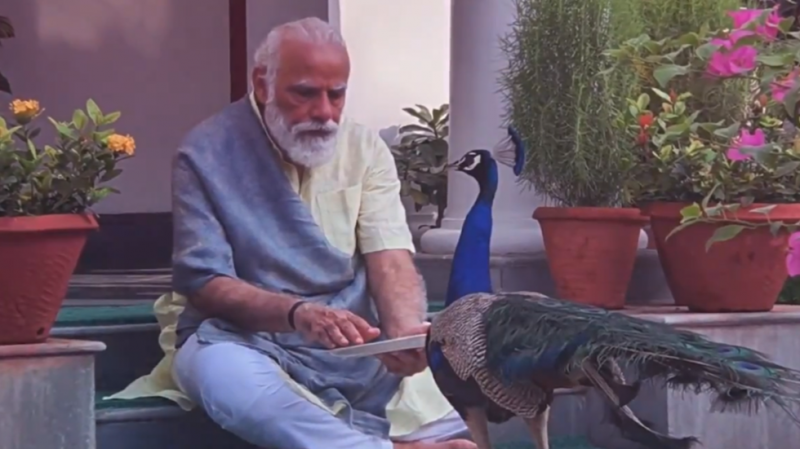 “The Modi government said ‘be self-reliant,’ which meant ‘save your own lives’ because the prime minister is busy with peacocks,” Gandhi added.

He was referring to a video that Modi shared on social media last month, in which he was sitting and walking with peacocks, as well as feeding the birds at his residence.

Gandhi was been a vocal critic of the government’s response to coronavirus since the start of the outbreak. Officials have pushed back against his attacks in the past, with Information Minister Prakash Javadekar saying in July that “the Congress will become a party of tweets as they are doing no work among the people.”

India imposed a nationwide lockdown on March 25 and has since been gradually easing the quarantine restrictions. Meanwhile, the infection continued to spread as 92,701 new Covid-19 cases were reported on Monday, with 1,136 more deaths.

Overall, India has had 4.8 million cases since the start of the outbreak, according to government data. Almost 80,000 people have died.

Despite the sharp criticism from the opposition, around 75 percent trust Modi with handling the outbreak, according to the latest poll by news agency IANS.

In May, Modi rolled out a stimulus package dubbed the ‘Self-Reliant India Scheme,’ which is aimed at aiding and boosting the economy during the Covid-19 crisis.