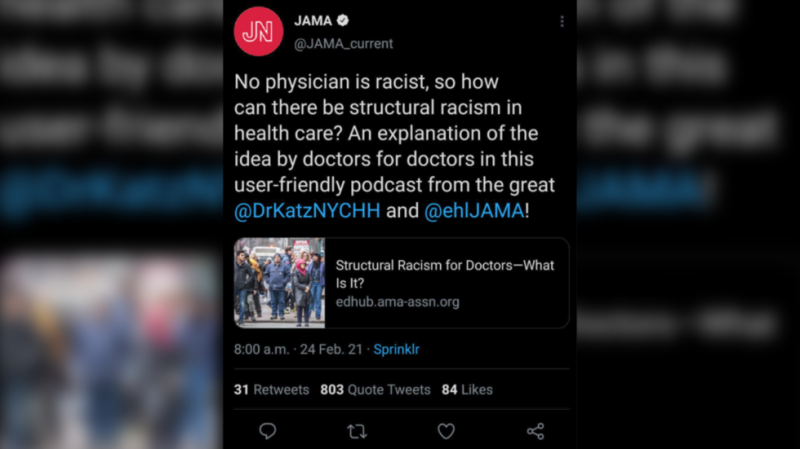 The ill-advised, offending tweet from the Journal of the American Medical Association boldly stated: “No physician is racist, so how can there be structural racism in health care?”

The promoted podcast in question was produced by two white doctors, a deputy journal editor and a physician who runs a New York City health system, and was ostensibly aimed at examining how structural racism worsens health outcomes for patients and how healthcare systems can address and overcome the problem.

The organization’s top editor, Dr. Howard Bauchner issued a public apology on March 4 but the backlash continued, with many doctors and medical professionals saying the JAMA board needs a “serious overhaul.”

The American Medical Association, which owns and publishes JAMA but exercises no editorial control over it, called the podcast “wrong, false and harmful.”

Meanwhile, some online encouraged the ill-informed infidels behind the podcast to read Robin DiAngelo’s controversial bestseller ‘White Fragility’ to better understand where they went wrong.

Some clearly took issue with the tone of the apology and the lackluster attempt to make amends.