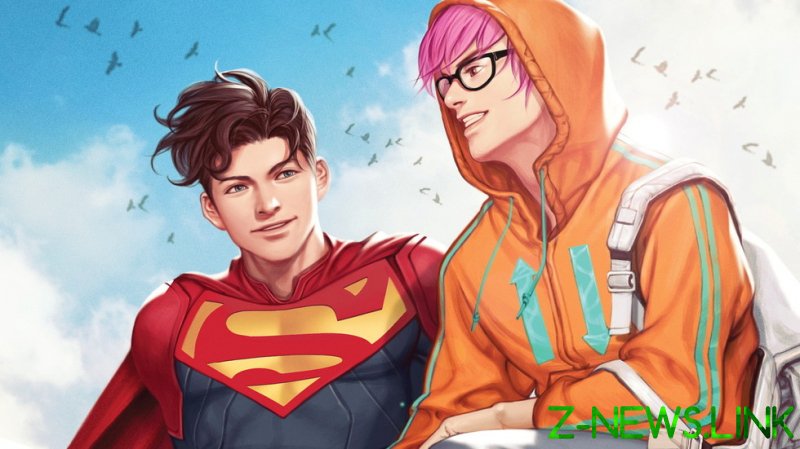 LAPD officers have been asked to patrol both the offices of DC Comics and the comics offices of Warner Brothers Studios, as well as the private homes of some DC artists, according to a Tuesday report from TMZ citing “threats” generated by fan outrage over the next-generation Superman’s revelation he is bisexual.

Unspared from the woke reimagining that has swept across classic comics, the latest incarnation of Superman – actually his son, Jon Kent – ‘came out’ as bisexual three weeks ago when a panel depicted the 17-year-old smooching a purple-haired “hacktivist” reporter named Jay Nakamura. It’s not clear why the alleged threats are only becoming a problem now; TMZ’s law enforcement sources merely said cops were “recently” dispatched to keep the illustrators’ and production staffers’ homes safe.

“I hope this kind of thing will not be seen as a big deal in the future,” DC artist John Timms told video game and media news outlet IGN last month when the superhero’s sexuality was unveiled, a big ask given the character’s iconic status within the DC Comics universe and American pop culture as a whole. The younger Superman is the protagonist of the series’ latest storyline, “Superman: Son of Kal-El,” and his love interest idolizes his journalist mother, Lois Lane.

Kent’s sexuality is not the only potential woke angle the new Superman may pry open in future issues. DC writer Tom Taylor suggested the caped icon could hardly “battle robots while ignoring the climate crisis,” nor could “someone with super sight and super hearing ignore injustices beyond his borders [like] the plight of asylum seekers.”

One can almost hear the fans of the classic DC version groaning.

While the situation regarding angry fan threats to artists and producers has reportedly “settled down” and “nothing legitimate came from the threats,” according to TMZ, that doesn’t mean everyone is pleased with the Superman franchise’s “bold new direction.”

Dean Cain, the actor who played Superman in the TV series ‘Lois & Clark: the New Adventures of Superman’ from 1993 to 1997, dismissed the move as “bandwagoning.” Certainly, the new “out” Superman is far from the only superhero to fly the rainbow flag – Batwoman, Robin (of Batman-and-Robin), and a spinoff version of Captain America have all gathered under the LGBTQ umbrella in recent years as their parent companies insist fans are clamoring for ‘inclusivity.’ Indeed, as of late 2019, LGBTQ representation on TV was judged to be at an all-time high by advocacy group GLAAD.

That hasn’t stopped showrunners from amping up the rainbow element still further, even when it means messing with fan favorites or classic characters like the Man of Steel. Already stripped of his catchphrase “Truth, Justice and the American Way” back in July (it’s now “Truth, Justice, and a Better World,” which is arguably more realistic), many fans have wondered why DC is pandering to a woke crowd that doesn’t actually read or buy comic books.

The company is already reportedly working on a race-swapped Superman film with racial activist Ta-Nehisi Coates involved, a choice which has also come in for heavy mockery from fans, and there’s no evidence that die-hard Superman followers wanted their hero to expand his sexual boundaries.