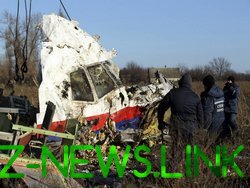 Dutch Prosecutor admitted that the record could remove intentionally. He made and technical problems with the registration of a missile.

The experts involved in the investigation of the crash in the Donbass Malaysian Boeing, which was flying flight MH17 from Amsterdam to Kuala Lumpur, found no trace of a missile or a fighter in the time of the tragedy. As reported by the Australian edition of Goodwindi Argus, they are not fixed radar station in Ukraine or Russia, which during the court session on the case of the death of the passengers said the Dutch Prosecutor Thijs Berger.

During the trial it was stated that the missile of the complex “Buk M1”, which is smaller than the drone, the radar could not see. Berger admitted that the Russian civil service could not save the data on the missile or radar technically couldn’t see her.

Berger also cited the opinion of one of experts, who put forward the theory that these radars were removed. “According to him, it was very simple,” said the Prosecutor.